Editor’s Note: As many Light Metal Age articles and items have noted, the friction stir welding (FSW) process, which joins aluminum components in the solid state, has been applied throughout the world in various industries that produce products for transportation, B&C, and industrial and consumer sectors.

The November 2020 selection of patents covered a wide range over the last decade. By comparison, the patents herewith cover just the FSW patents granted in the U.S. in the last year. As the teachings in several of these patents indicate, the choice of FSW over traditional fusion welding methods was made to not only improve strength and ductility, reduce residual stresses, and improve microstructure in the weld and heat affected zones, but also to make use of the capability of FSW to join dissimilar aluminum alloys and even aluminum alloys to dissimilar metals with widely different melting temperatures, such as steel and copper. The industries making use of FSW of aluminum range from aerospace to earthly industrial and consumer products across the world.

US10933726 — BATTERY HOLDER FOR A VEHICLE — Benteler Automobiltechnik GmbH (Germany) — The disclosure comprises a battery holder for receiving at least one electric battery in a vehicle that includes a hollow chamber profile made by extruding an aluminum alloy with a hollow chamber that is defined by a base wall and a cover wall, where the electric battery is configured for placement on the cover wall. The battery holder also includes a heat exchanger structure configured for tempering the electric battery, where the heat exchanger structure is formed within a cover wall section of the cover wall and includes at least one hollow channel that intersperses the cover wall. Multiple hollow chamber profiles of the battery holder and/or the cover, which can comprise a frame circumferentially defining the battery/batteries, can be joined in a fluid-tight manner by friction stir welding. 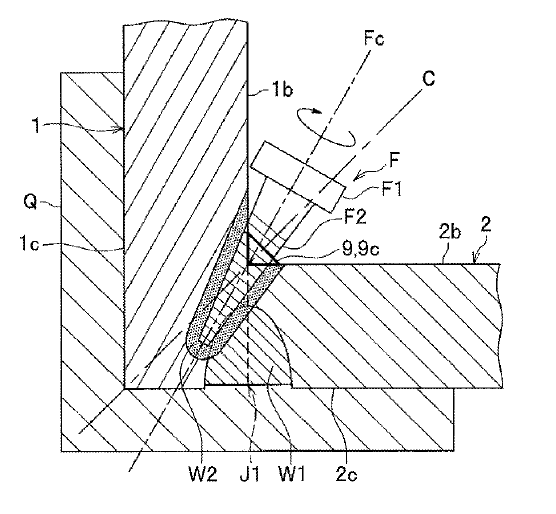 US10895277 — WELDED JOINT — UACJ Corporation (Japan) — A welded joint comprising an aluminum-based base material comprising an aluminum alloy or pure aluminum and a copper-based base material comprising a copper alloy or pure copper joined by a weld metal portion is provided. The weld metal portion contains copper in ranges of less than 75% by mass and silicon in ranges of less than 13% by mass and has a higher content of copper and silicon than the aluminum-based base material. According to the present disclosure, a welded joint having high joint strength and having excellent ductility can be provided. This welded joint being able to be applied to, for example, electrodes and bus bars for Li ion batteries, and electrodes, terminals, and wiring for electronic devices and wire harnesses. In addition, application is particularly expected in such wide-ranging fields that the use of a welded joint formed by the joining of different types of metal materials, an aluminum-based and a copper-based base material to each other is needed, for the purpose of promoting weight reduction and the like. 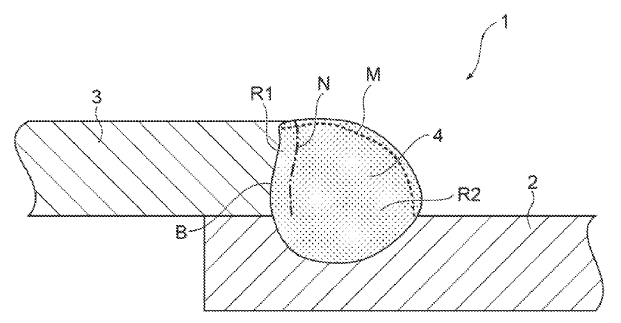 US10894699 — LIGHTWEIGHT CRANE — Stellar Industries, Inc. (USA) — Example embodiments relate to a lightweight crane. In one nonlimiting embodiment the crane is comprised of a telescoping boom having a first boom nested in a second boom which in turn is nested in a third boom. The first, second, and third booms may be made from aluminum to reduce the weight of the crane. The first boom may have a first open section and a second closed section wherein the open section is configured to accommodate a structural member to which an actuator is attached. The first and second booms have lower surfaces with inclined surfaces so that the first boom self-aligns with the second boom and the second boom self-aligns with the third boom. As traditional welding of tempered aluminum may also result in the loss of temper and therefore a weaker heat affected zone around the weld. To reduce those issues the inventors have used friction stir welding (FSW) as an alternative to traditional fusion techniques. FSW has a much smaller heat affected zone and does not create crater cracks or stress concentrations as may be created using traditional welding techniques.

US10894470 — VEHICLE BATTERY-CARRYING FLOOR STRUCTURE — Toyota Jidosha Kabushiki Kaisha (Japan) — A vehicle battery-carrying floor structure made of aluminum extrusions that includes: a bottom plate member that has a plurality of unit members that are arranged in a vehicle body forward and rearward direction and that are joined by joining opposing joint portions, each unit member having a flat plate portion that extends in a vehicle width direction and that has the joint portions formed at an end portion facing the vehicle body forward direction and at an end portion facing the vehicle body rear direction and a partition portion that is disposed upright so as to extend in the vehicle width direction on an upper surface of the plate portion; and side plate members that are provided on an upper surface of the bottom plate member on outer sides in the vehicle width direction of the partition portions and form, with the partition portions, regions that hold battery packs. The joint portions of the structure can be made by friction stir welding with which there is little strain and/or residual stress and warpage because the joint portions 24 can be joined at a lower temperature than the melting point of the unit members 20 made of an aluminum alloy. 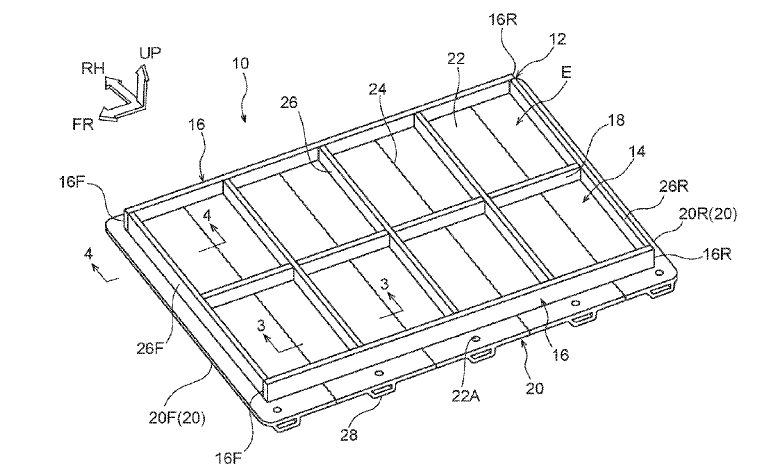 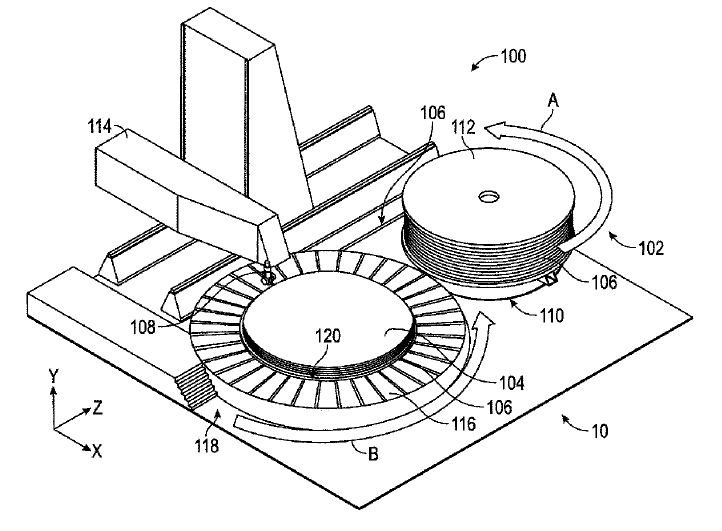 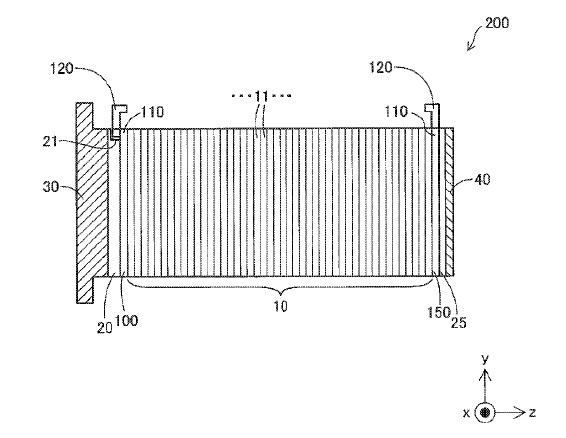 US10837945 — PROCESS FOR FORMING AND QUALITY PROOFING A FRICTION STIR WELDED PLATE — King Abdulaziz University (Saudi Arabia) — A method for determining a quality of a friction stir welded seam is described. The method involves applying an impact to a welded plate and comparing its damping capacity with the damping capacity of a geometrically equivalent defect-free plate. Damping capacities that differ by a small percent difference indicate that the welded plate is also defect-free. This method is particularly advantageous when dealing with small defects, which produce miniscule changes in natural frequency which may not be measureable. As part of the experimental procedure, aluminum alloy AA1060 plates were used as the base metal. 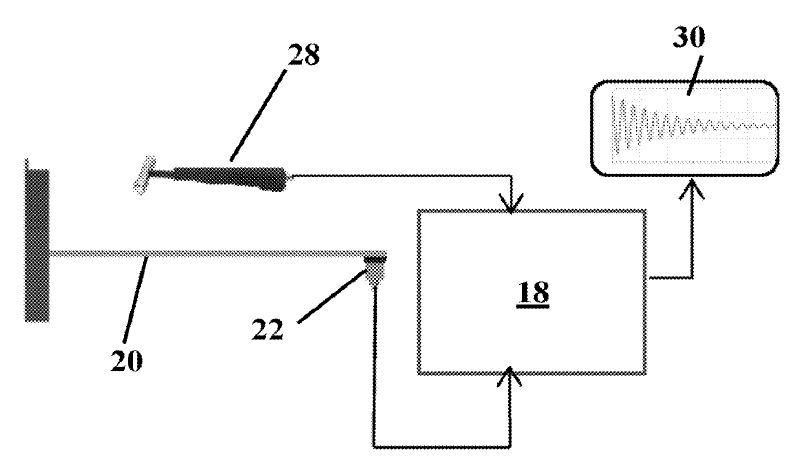 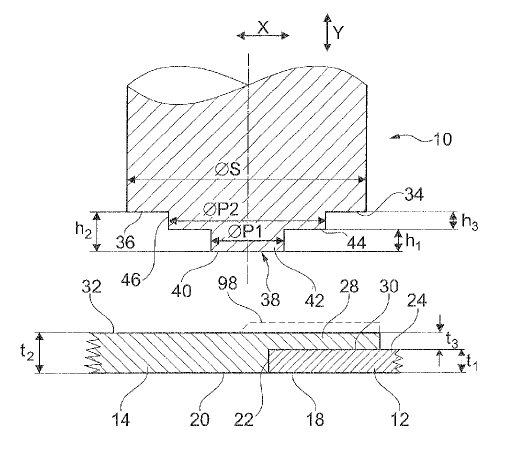 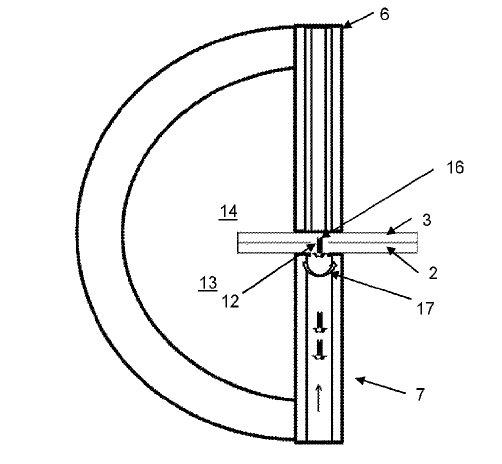 US10799979 — SYSTEMS AND METHODS FOR DETERMINING EFFICIENCY OF FRICTION WELDING PROCESSES — Ohio State Innovation Foundation and Government of the United States as Represented by the Secretary of the Air Force (USA) — Systems and methods for calculating efficiency of a rotary friction welding process are described herein. An example method can include measuring kinetic energy transferred from a welding machine to an interface of a welded joint and calculating an efficiency of a rotary friction welding process based on the measured kinetic energy. For example, a workpiece torque experienced by a sample can be measured, and an energy associated with the workpiece torque can be calculated. The efficiency of the rotary friction welding process can then be calculated using the energy associated with the workpiece torque. 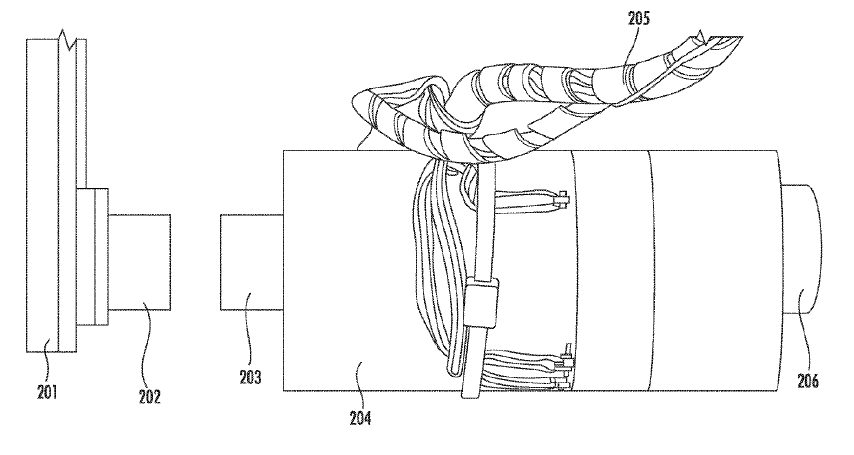 US10766626 — SINGLE-PIECE EXTENDED LAMINAR FLOW INLET LIPSKIN — The Boeing Company (USA) — Jet engines and turbofan jet engines are surrounded by an annular, barrel-shaped nacelle. At least some known nacelles include a lipskin at the leading edge, or inlet, of the nacelle. Methods are disclosed for forming metal workpieces made from a heat-treatable metal that has been shaped and tempered according to specified protocols that facilitate formation of large contoured unitary metal structures having welds that are retained in the finished structure, and finished metal structures made according to such methods. In one aspect, the shaped metal workpiece comprises a friction stir weld. 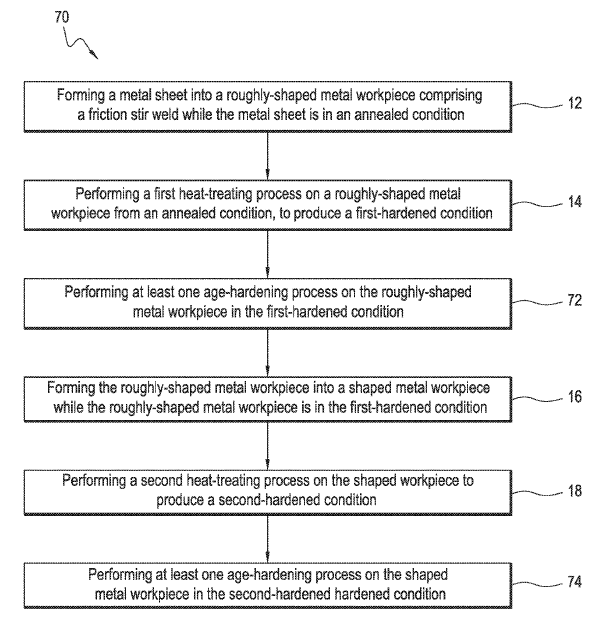 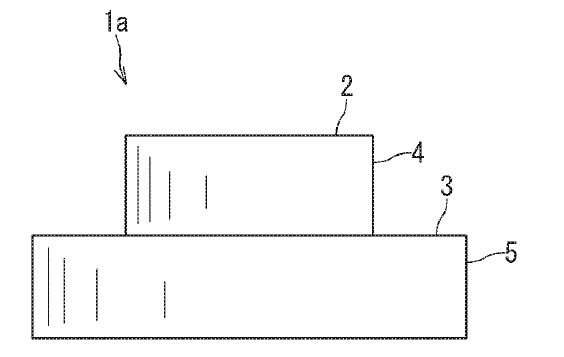 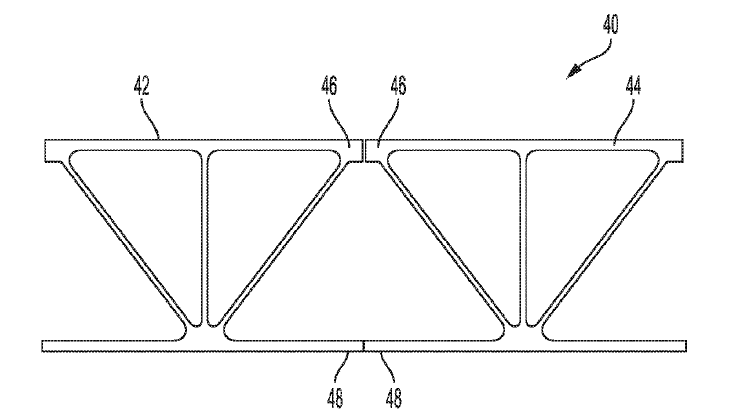 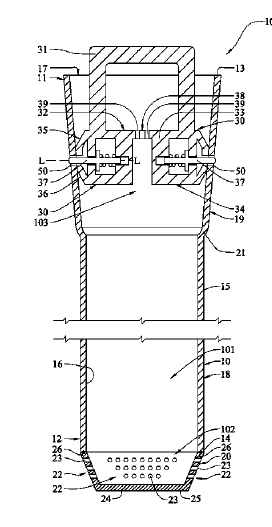 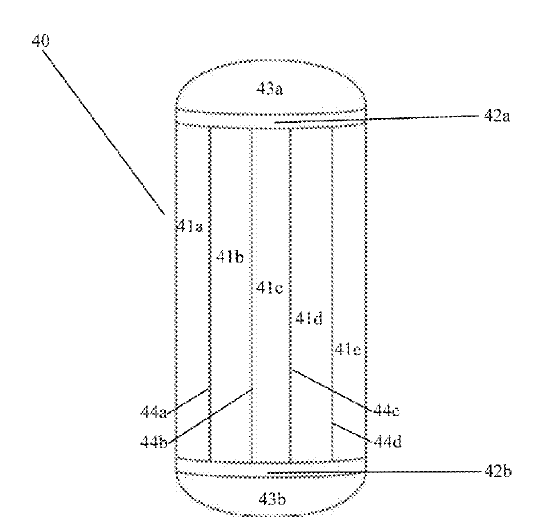 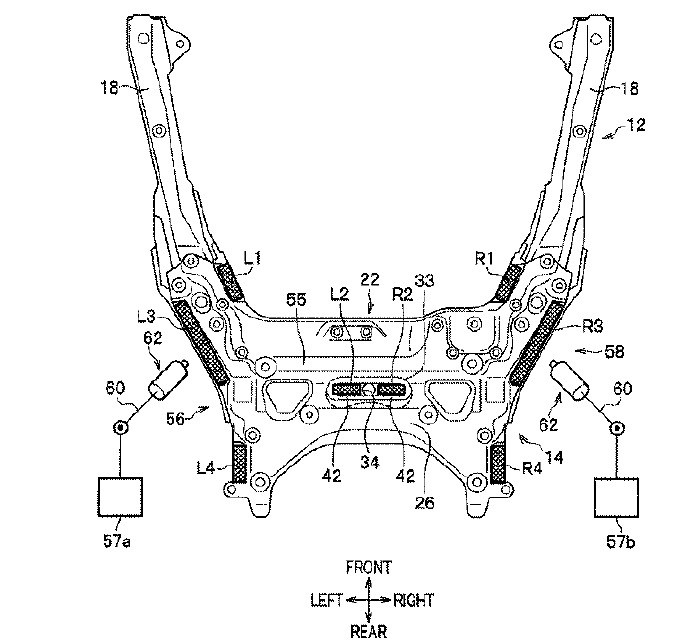 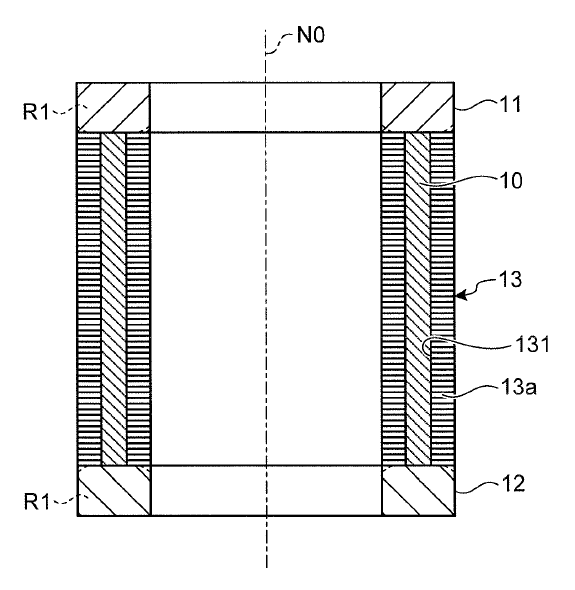 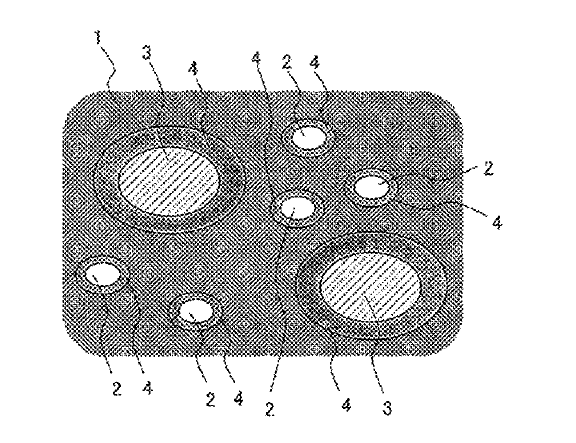 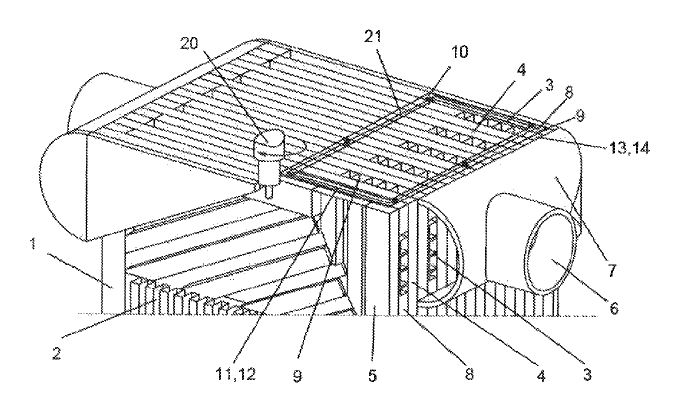