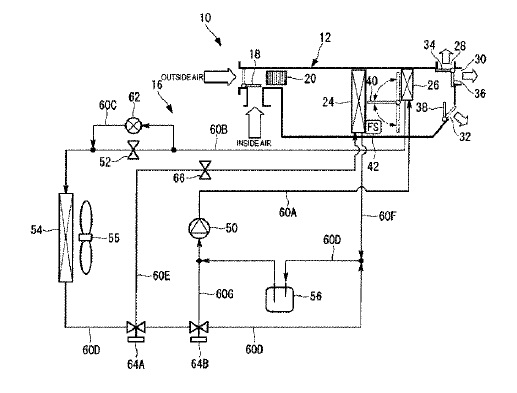 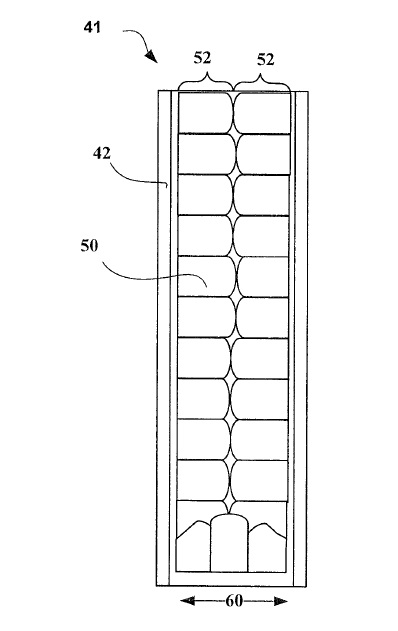 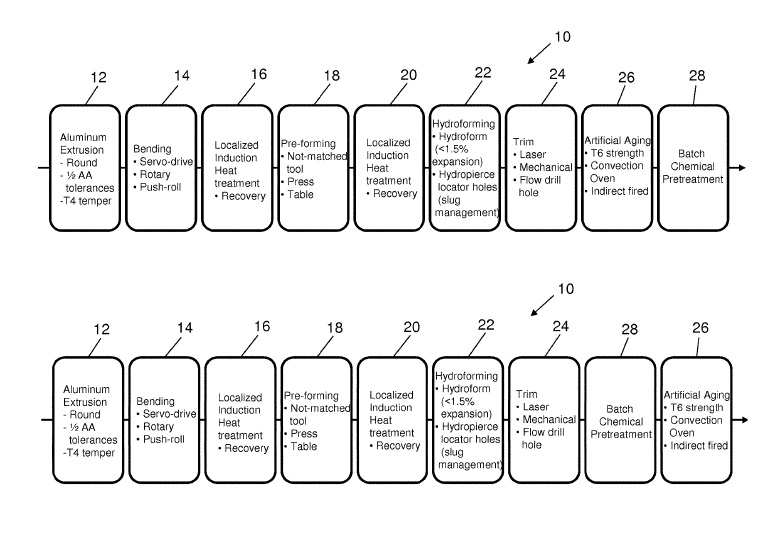 US10072683 — AUTOMATIC TRANSMISSION PISTON WITH SUPPORTED SERVO PIN — Sonnax Transmission Company (USA) — In an automotive automatic transmission, such as an Aluminum Powerglide transmission, a force applying piston mounted on a servo pin is supported at both sides of the piston. A first end of the servo pin is conventionally supported in a servo pin bore. A second, extended end is supported in a specially configured support bore formed in the assembly cover. Eccentric loading and excessive wear of the servo pin and servo pin bore, which can result in damage to the piston, is reduced or eliminated thereby. 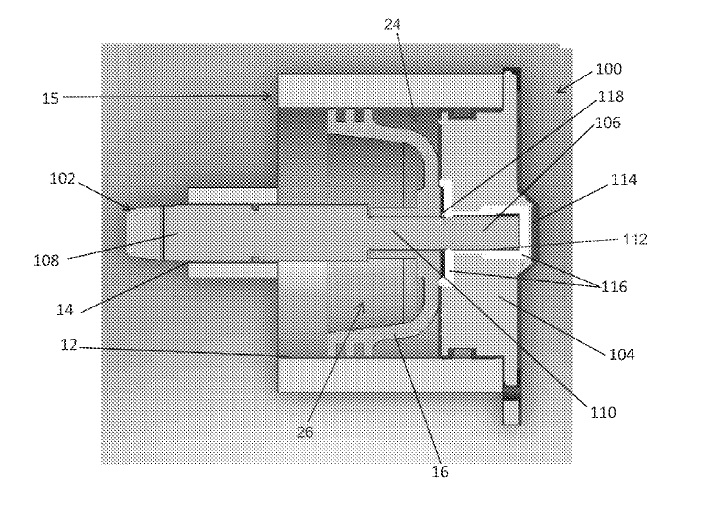 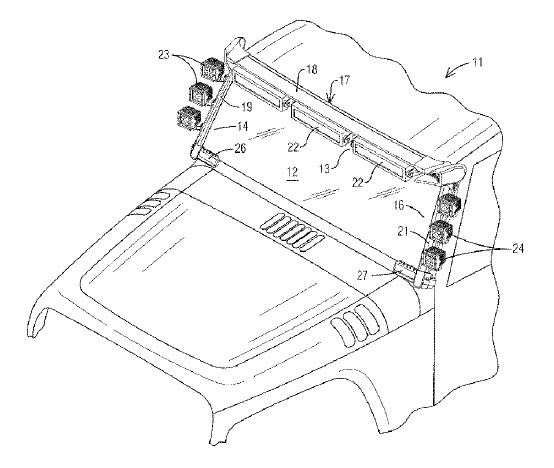 US10070514 — HIGH CURRENT SWITCH — Ellenberger & Poensgen GmbH (Germany) — A high current switch, in particular for a motor vehicle, having a first bus bar, a second bus bar in addition to a first semi-conductor switch that has a control connection and a first transmission connection as well as a second transmission connection. The first transmission connection is placed in direct contact with the first bus bar and the second transmission connection is placed in direct electric contact with the second bus bar. The bus bars are made of an electrically conductive material, for example, of copper or aluminum. Each of the bus bars is provided and designed to carry an electric current with a current of, for example, greater than 50 A, 100 A, 150 A, 200 A, 250 A and up to at least 300 A, 350 A, 400 A or 450 A, wherein the electrical voltage is suitably greater than or equal to 12 V, 24 V, 48 V, and expediently less than 60 V.

US10065682 — THIRTY-TWO-CORNERED STRENGTHENING MEMBER — Ford Global Technologies, LLC (USA) — A strengthening member for an automotive vehicle includes a thirty-two-cornered cross section having adjacent sides defining internal angles and external angles. Each of the internal angles and the external angles are at least 60 degrees and are less than 180 degrees. The sides define a plurality of lobes spaced about a perimeter of the strengthening member. Along the perimeter of the thirty-two-cornered cross section, individual lobes of the plurality of lobes are separated by at least two consecutive external angles. A strengthening member can comprise, for example, steel alloys, aluminum alloys, magnesium alloys, titanium alloys, nylons, plastics, polymers, fiber-reinforced composites, silicone, semiconductor, papers, hybrid materials (e.g., multiple dissimilar materials), shape-memory materials, forms, gels or any other suitable materials. Those of ordinary skill in the art would understand, for example, that the material used for a strengthening member may be chosen as desired based on intended application, strength/weight considerations, cost, and other design factors. A thirty-two-cornered cross section in accordance with the present disclosure is contemplated for use with a number of structural members such as a front rail, a side rail, a cross member, roof structures, shotguns, beltline tubes, door beams, pillars, internal reinforcements, and other components that can benefit from increased load carrying capacity, crash energy absorption, and bending resistance. In addition, the present teachings can be applied to both body-on-frame and unitized vehicles, or other types of structures. 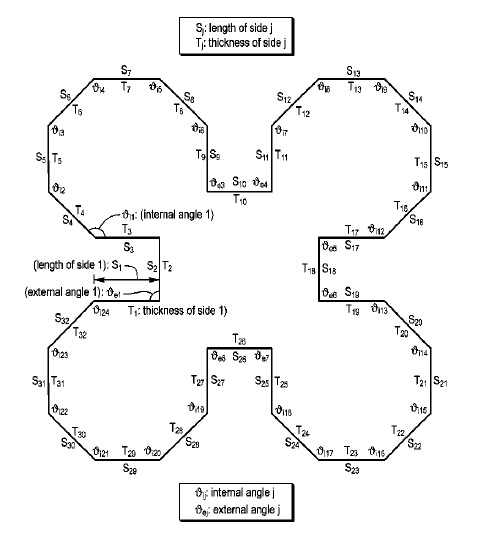 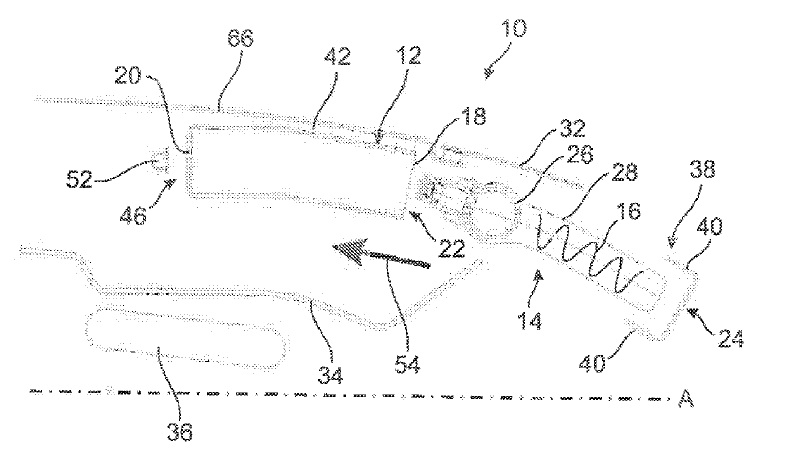 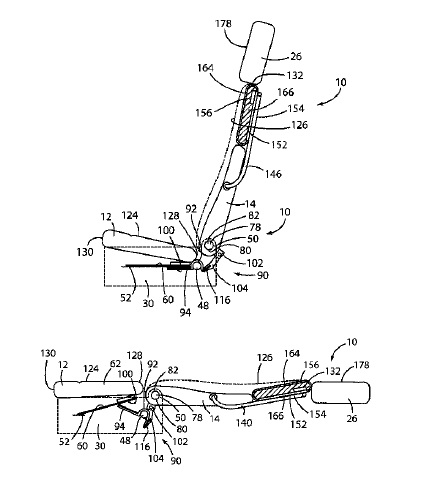 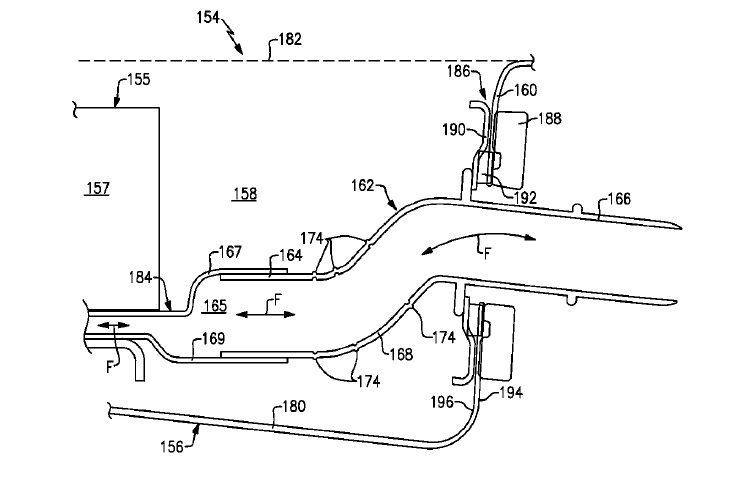 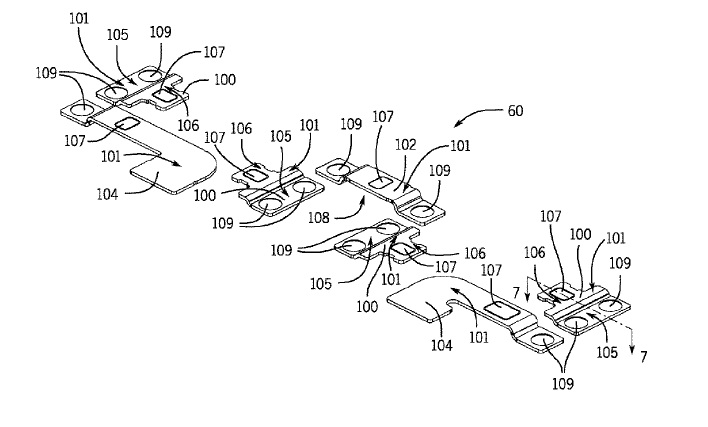 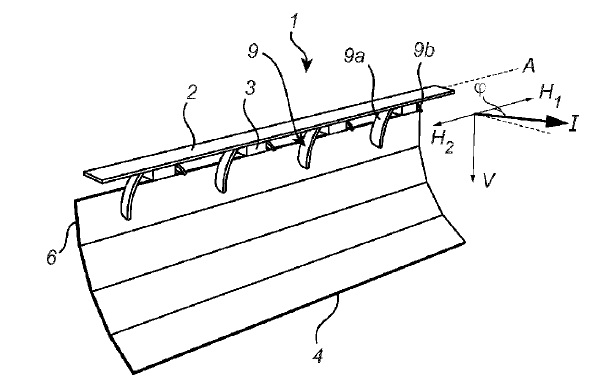 US10060577 — FUEL GAS STORAGE TANK WITH SUPPORTING FILTER TUBE(S) — Alternative Fuel Containers, LLC (USA) — A conformable fuel gas storage tank includes a shell, a fuel gas storage material, and one or more filter tube(s). The fuel gas can be natural gas or hydrogen gas. The shell defines an interior, and the fuel gas storage material is located within the interior. The filter tube permits fuel gas to diffuse out of filter tubes and into the interior of the tank and, additionally, supports the tank against outwardly-directed forces resulting from pressure within the interior of the shell. A number of materials can be used to make the shell 12 including a metal such as a stainless steel like SUS304 grade stainless steel or an aluminum alloy like AA5083-0 aluminum alloy. 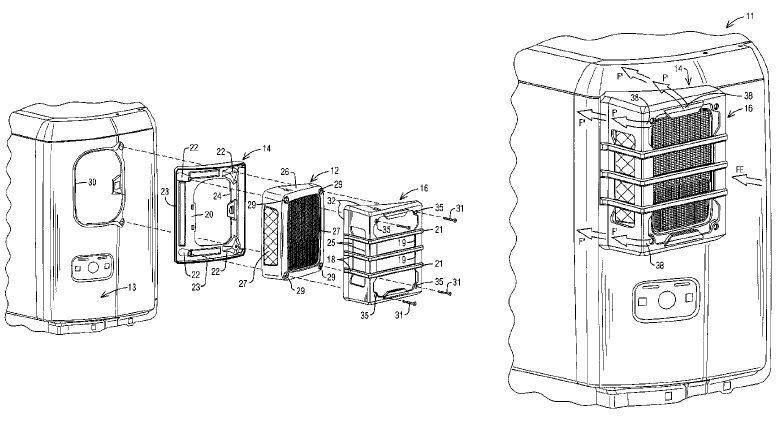 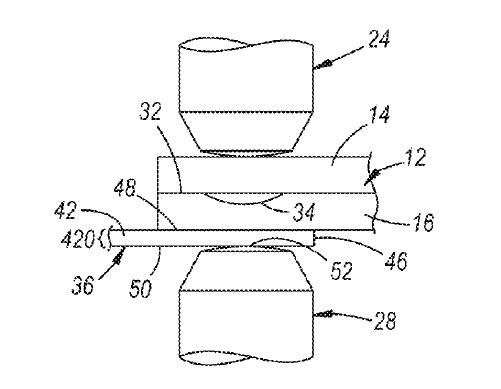 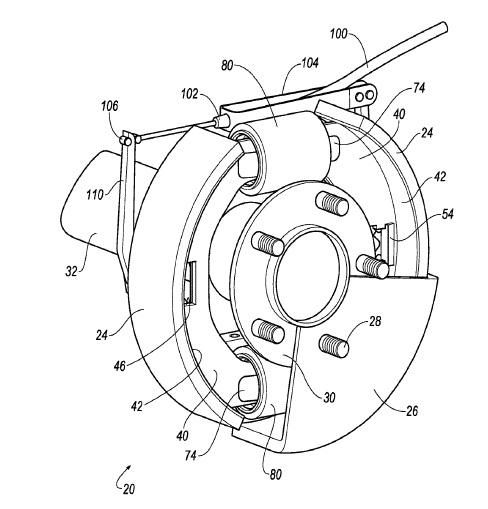 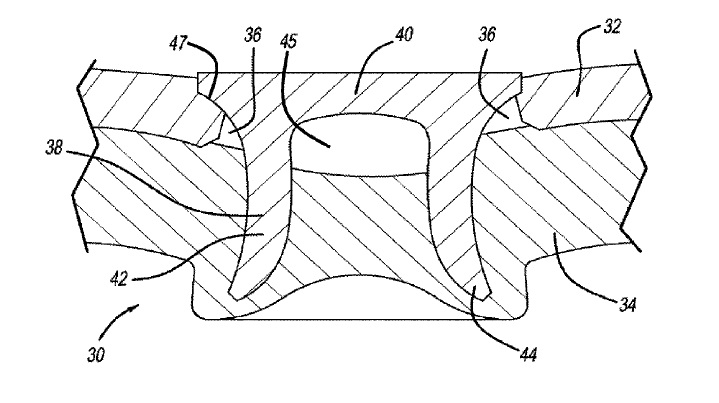 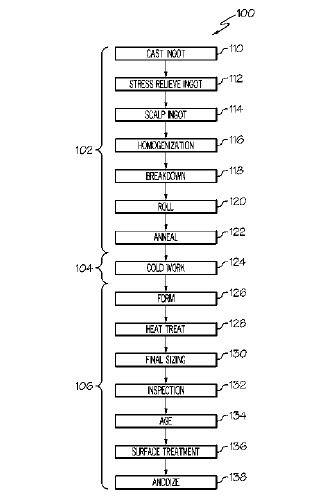 US10023943 — CASTING ALUMINUM ALLOY AND CASTING PRODUCED USING THE SAME — National University Corporation University of Toyama and Ahresty Corporation (Japan) — An object of the invention s to provide a casting aluminum alloy that exhibits excellent casting crack resistance while exhibiting the characteristics of an Al-Mg-Si-based aluminum alloy that exhibits high ductility and high strength in an as-cast state, and a casting produced using the same. An Al-Mg-Si-based aluminum alloy, wherein the Mg content is 3.0 to 7.0 mass % and the Si content is 2.0 to 3.5 mass %, includes 0.015 to 0.12 mass % of Sr, the aluminum alloy producing a cast metal structure in which Mg2Si is crystallized in a fine agglomerate form. Therefore, the casting aluminum alloy according to the invention can be widely used to produce a casting (cast product) that is used in the fields of mechanical parts, airplanes, vehicles, and the like for which these properties are required. 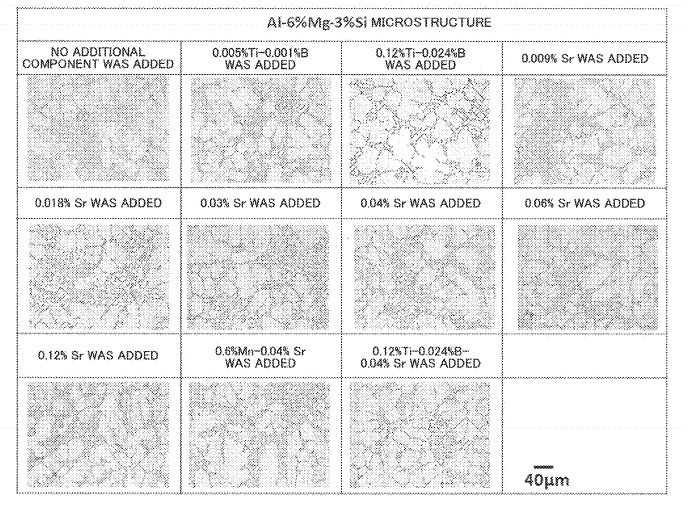 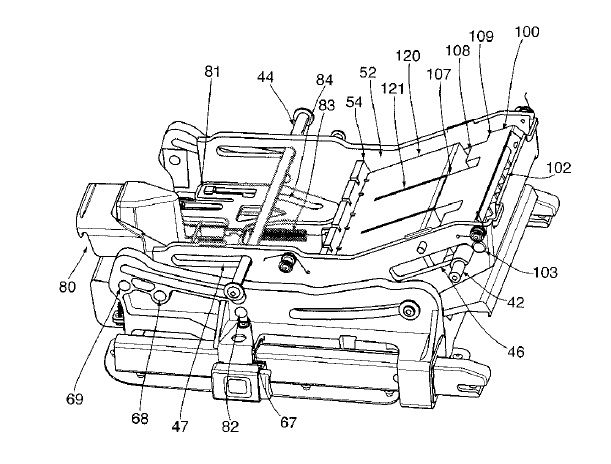 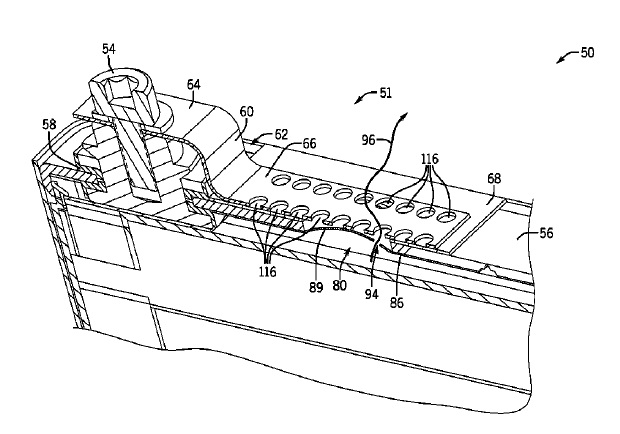