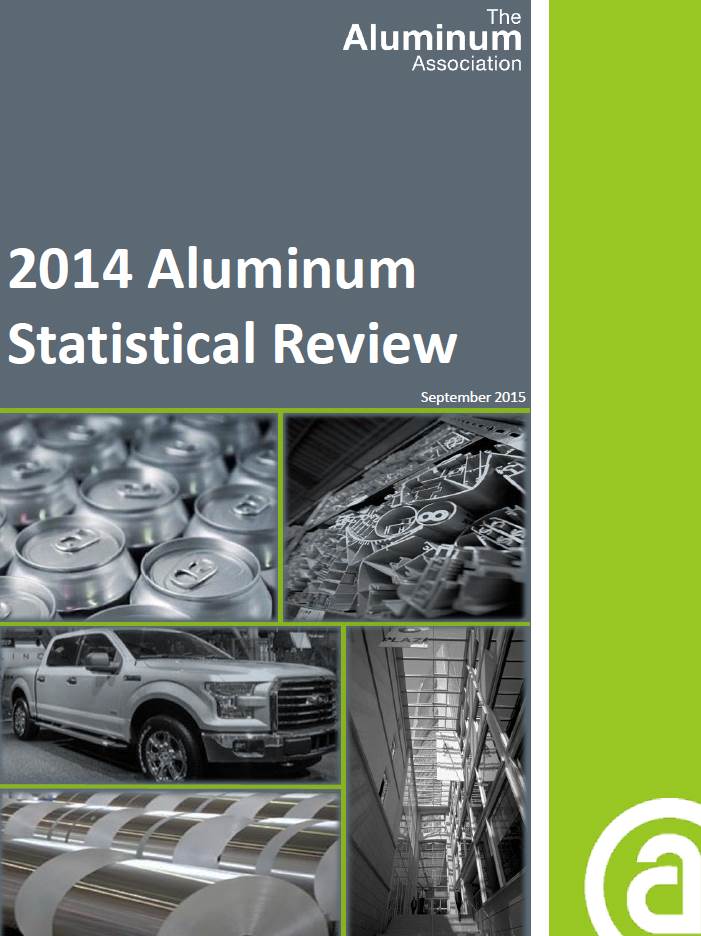 The annual Aluminum Statistical Review is one of the industry’s longest-running and most essential publications. Published since the early 1960s, theStatistical Review provides a plethora of valuable industry data in one convenient package. In addition to a 20-page summary document highlighting top-level findings, readers also receive a suite of 18 detailed spreadsheets providing historical data on the industry reaching, in some cases, as far back as 1893.

Whether you’re interested in what the supply of aluminum looked like in the U.S. in 1942, or you’re curious what an aluminum can weighed in 1972, theStatistical Review has the answers. Perhaps you just want a sense of general industry trends over the past decade? It has that too. The 2015 edition of the Statistical Review, which includes statistics through 2014, assembles data on every aspect of the aluminum industry, including primary aluminum, secondary recovery, foreign trade, and shipments of mill products by form and end use market. While the latest edition focuses on the last ten years (2004-2014), the Statistical Review’s host of supplementary tables and charts also provide readers with a historical context upon which to compare current levels of activity in the North American aluminum industry.

Some noteworthy highlights and trends from the latest edition:

Supply: During 2014, the aluminum supply in North America totaled 25.5 billion lbs, increasing 3.6% over the 24.6 billion lbs recorded during 2013. Domestic U.S. and Canadian primary production decreased 7.1% to 10.1 billion lbs, while imports (excluding cross-border trade) of ingot and mill products increased 21.0% to 5.1 billion lbs. Recovery of aluminum from scrap declined 2.7% to an estimated 9.0 billion lbs.

Major Markets: During 2014, shipments of aluminum for transportation transportation related applications grew 11.1% to a volume of 8.4 billion lbs. The Containers and Packaging sector was the second largest market for aluminum in 2014 with a volume of 4.6 billion lbs, or 18.1% of total shipments. At 3.1 billion lbs, the Building and Construction sector grew 6.7% over the previous year, while Electrical market applications decreased 6.7% in 2014. Also in 2014, shipments to the Consumer Durable goods market and the non-electrical Machinery and Equipment market increased 6.8% and 6.0%, respectively.

This review was first published in the October 2015 issue of Light Metal Age.