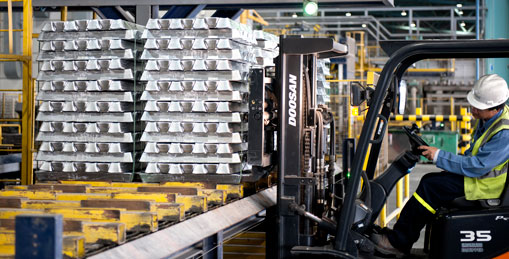 Diplomatic tensions in the Middle East have resulted in Saudi Arabia, the United Arab Emirates (UAE), Bahrain and Egypt cutting off transportation links and severing diplomatic ties with Qatar.

Qatalum is a joint venture between Hydro and Qatar Petroleum located in Mesaieed, Qatar, where it produces more than 600,000 tonnes per year of value-added primary aluminum to customers in Asia, Europe, and the U.S. Most of the smelter’s shipments normally go through the large Jebel Ali port in UAE, but this port looks to be closed for all Qatar shipments as of June 6th. As a result the Qatalum aluminium plant, with the support of its joint venture owners, has been working to solve outbound logistical challenges arising from the uncertain situation in the Middle East and to find alternative shipment routes to enable it to continue to serve its global customers.

According to a report from Reuters, Qatalum has found new sea routes to export its metal. However, Hydro declined to tell Reuters which ports Qatalum now plans to use.

Qatalum announced that the smelter is operating at full production of value-added aluminium products and that the closing of the borders has had no impact on day to day production. The company is closely monitoring political developments in the GCC and is working together with its shareholders to find mitigating actions to continue to serve global customers despite the current logistical challenges arising from the closure of transport links between Qatar and and its Gulf neighbors.