With Honqiao’s dramatic increase in production, the company surpassed Rusal in 2015 as the world’s largest primary aluminum company. The company had a 40% increase in production of primary aluminum from 2014 to 2015. Hongqiao, also known in the industry as Shandong Weiqiao Aluminum & Electricity, is based in Binzhou, Shandong Province. The first complete 600 kA potline in the world was put into operation at the Shandong Weiqiao smelter in 2014. The 600 kA potline has 186 NEUI designed prebake cells with a design capacity of 300,000 tpy. The successful completion of this smelter represents an important international breakthrough in aluminum smelting technology.

Hongqiao announced plans in March 2016 to increase its annual capacity by 15% in 2016, if the market recovery continues in spite of a global surplus of aluminum inventory. Expansion is possible at Hongqiao due to its unique position as one of the world’s lowest-cost aluminum producers. The private aluminum company benefits from much lower costs than its rivals because it has its own power plants and in-house upstream bauxite, alumina, and carbon production facilities. The company proposes an increase to about 6 million tpy of annual aluminum capacity by the 2016 year-end from 5.2 million tpy in 2015.

Decreases in annual aluminum production continued for Alcoa (-10%) and BHP Billiton (-28%), due primarily to the closure of older smelters that have higher operating costs. On May 25, 2016, BHP demerged all its aluminum assets (Mozel and Hillside smelters, and Worsley Alumina) into a new company, South32.

Editor’s Note: Part I of this review can be viewed here. 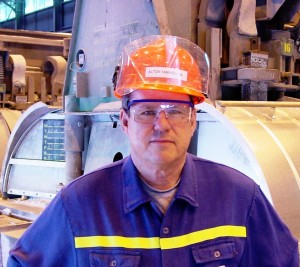