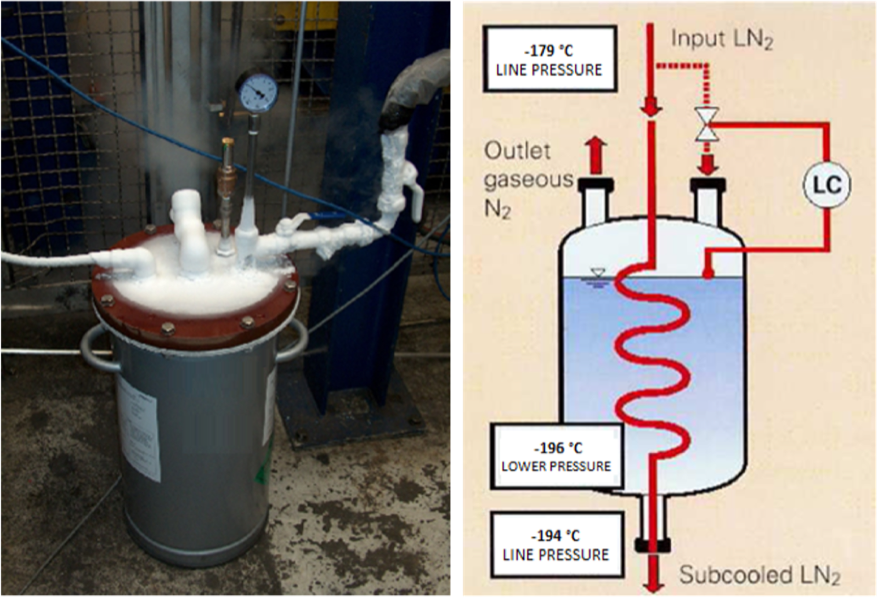 Tower Extrusions Ltd., an aluminum extruder based in Texas, signed a contract with Atie Uno Informatica Srl in Italy for the supply of a new N5 liquid nitrogen die cooling system. The purpose of the liquid nitrogen closed loop control system is to maximize quality and productivity by reducing excessive heat buildup in the extrusion tooling. The system includes all the components and startup assistance to provide complete auto-tuning temperature stabilization for the tooling, resulting in increased extrusion speed, while maintaining constant exit temperature (isothermal extrusion).

The N5 system being supplied to Tower Extrusions consists of both advanced hardware and software components. The hardware includes: a keep-full liquid nitrogen tank for insuring liquid nitrogen is always available when required, a vacuum insulated pipeline connecting the tank to the press area, a precise proportional cryogenic valve controlled by the computer, and an IR non-contact temperature sensor to monitor exit temperature of the aluminum extrusion and billet temperature feedback for closing the temperature loop.

Using liquid nitrogen to prevent the overheating of extrusion tooling caused by high frictional forces during the extrusion process is not new, but historically has not fulfilled its potential on the factory floor due to a lack of a computer control to facilitate the process. Since nitrogen in a liquid state has a low temperature of -196°C (-321°F), it is critical for the precise amount to be measured into the hot 454°C (850°F) extrusion tooling channels. In order to achieve optimal control, the precise flow of liquid nitrogen into the tooling must be controlled by a computer algorithm instead of by a human interface.

The N5 liquid nitrogen die cooling system to be supplied to Tower Extrusions addresses this challenge with a computer algorithm developed by Atie based on their many years of experience. The algorithm monitors real time data of extrusion exit temperature, ram speed, and billet temperature, and then controls extrusion speed and cooling to achieve the highest extrusion speed possible while maintaining a maximum allowable exit temperature. Without the computer and a highly effective program, manual over correction of this super cold media by an operator can lead to over cooling resulting in lower production and tooling damage.

The new N5 control will be implemented at Tower Extrusions on a 4,400 ton, 12 inch extrusion press line. Tower Extrusions plans to start testing dies with and without liquid nitrogen throughout the first quarter of 2021. The extruder has selected an array of dies to confirm results of dies running multiple 6000 series alloys of both solid and hollow shapes that have shown speed limits due to excessive aluminum surface temperature build up.

Tower Extrusions Ltd.,  headquartered in Olney, TX has been producing custom extrusions since 1977,  operating eleven extrusion presses in three facilities ranging from 1,400 to 4,400 tons with 6-12 inch diameter billets. Tower chose the N5 system to improve productivity and the quality of dies (as excessive heat build up can result in poor surface finish).

Atie Uno Informatica is an Italian IT and industrial automation company established in 1982 targeted to produce innovation products for increasing quality and productivity in the aluminum extrusion industry. Atie’s EMS management system software products cover management of the entire extrusion plant and each individual process therein, and was created from the combination of knowledge from decades of experience and customer feedback.

Atie first developed their N5 Nitrogen Die Cooling system was first developed in 2007. According to the supplier company, the system has since been implemented on over 70 extrusion lines worldwide ranging from 1,600 to 6,000 tonnes and processing of 1000, 3000, 6000, and 7000 series aluminum alloys.