Pepsi in New Bern, North Carolina plans to market its water brand Aquafina in aluminum cans beginning in 2020. The company said that Aquafina in aluminum cans will be available in restaurants at the start of the new year, and they are working on a roll out for retail sales following shortly thereafter. “Tackling plastic waste is one of my top priorities and I take this challenge personally,” said Ramon Laguarta, Pepsi CEO. “We are doing our part to address the issue head on by reducing, recycling and reinventing our packaging.” 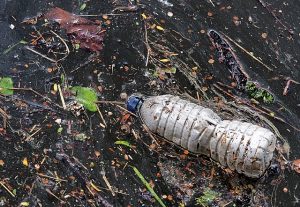 Every year, 8 million tonnes of plastic enters the ocean, according to a 2016 study published by the World Economic Forum, equating to a garbage truck full of plastic being dumped into the ocean every minute. Micro plastics, which come from plastic waste, have been found in the air, water, and land of the farthest reaches of the earth — from the pristine Pyrenees mountains to the deepest part of the Pacific Ocean in the Mariana Trench.

Plastic pollution is not only present in the air we breathe, but the water we drink. According to BBC News, tests on major brands of bottled water, including Aquafina, have found that nearly all of them contained plastic micro particles.

Pepsi’s decision to can water follows in the footsteps of a major trend as beverage companies — including winemakers and craft cocktail producers — are adopting aluminum cans as a more earth-friendly packaging option. The insidious popularity of plastic is on the outs with consumers, especially millennials making choices with the environment in mind. Jason Momoa, popular for his roles of Aquaman and Khal Drogo in Game of Thrones, recently released a You Tube video in April, shaving his famous beard to protest the use of plastic and promote his new line of canned water.

The movement behind aluminum packaging is accelerating lately as different companies jump on the sustainability bandwagon. Ever & Ever, a new line of purified water packaged in resealable 16 oz. aluminum bottles was launched by Vita Coco parent company All Market. The company states on its website that the new bottled water is “a love letter to aluminum, the everlasting metal that has been around for approximately forever and will be around approximately another forever, taking whatever shape humans require of it.”

Startup brand Liquid Death, whose slogan offers to “murder your thirst” produces in party-worthy tall boys — cans that look like a beer can but actually contain mountain spring water.

Aluminum cans are the most sustainable beverage package, according to the Aluminum Association. Aluminum cans have the ability to be recycled over and over again without losing the integrity of the metal in a closed-loop recycling process, remaining the most recycled beverage package in the U.S. Furthermore, aluminum cans have more than three times the recycled content than the Environmental Protection Agency estimates for glass or plastic, with 70% recycled content on average. 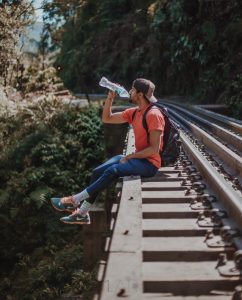 Pepsi is planning on doing a test run of its canned still water to see if the wider population will adapt, as water has traditionally been packaged in see-through plastic or glass containers.

If the sparkling water trend is anything to go by, then the answer is, yes. From the pop culture phenomena of Le Croix sparkling water and ensuing popularity of canned sparkling waters such as Pepsi’s own brand Bubly, it is apparent that at least bubbly water in cans is here to stay.

Will aluminum canned still water prove to be just as marketable? Only time will tell, but it’s a chance for consumers to choose how their everyday habits will affect the future of our planet.