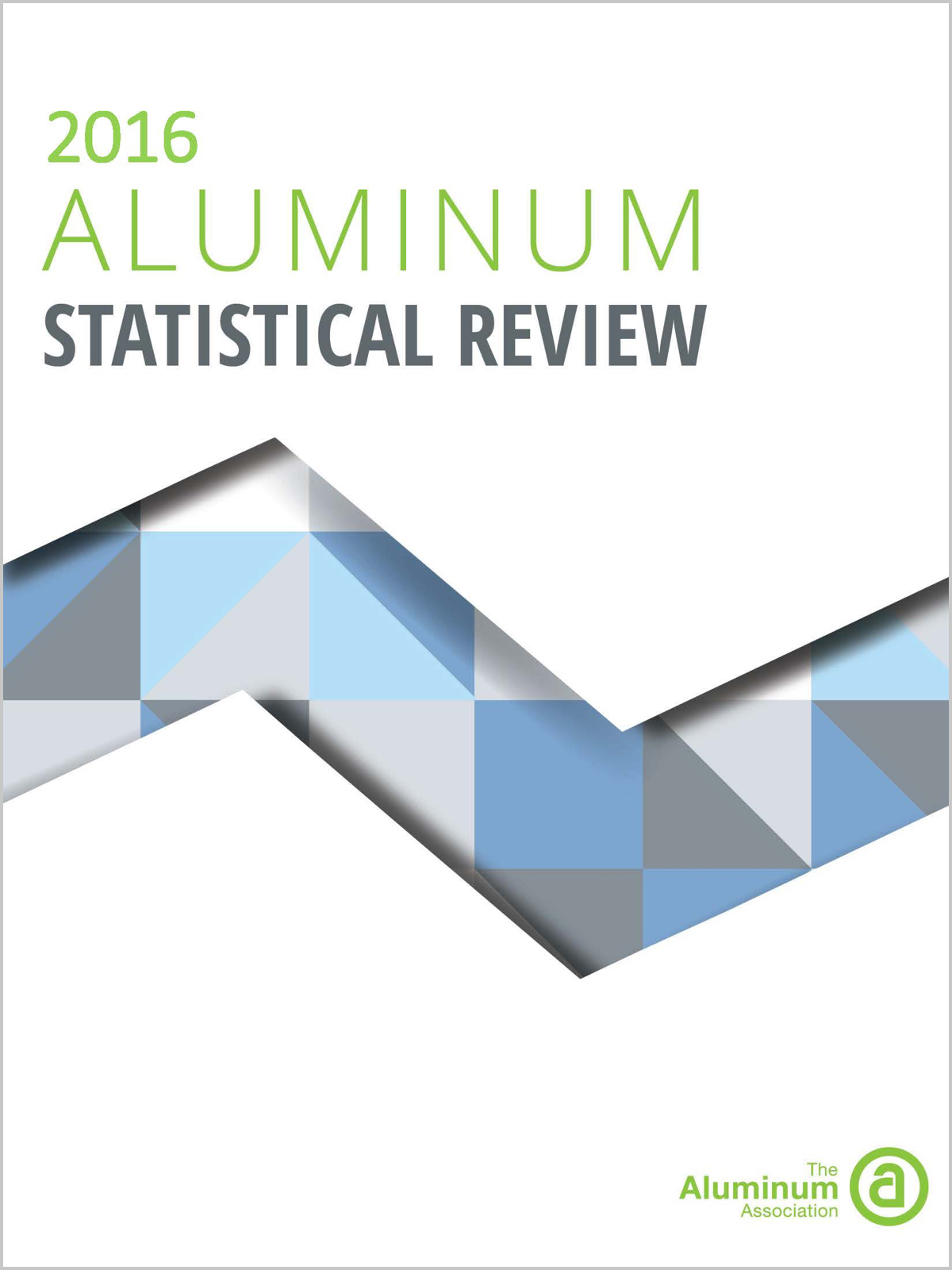 Aluminum demand in the U.S. and Canada totaled 26.4 billion pounds in 2016 (an increase of 2.6% from the previous year), representing the seventh straight year of consecutive demand growth, according to the 2016 Aluminum Statistical Review. The review, published by the Aluminum Association, includes statistical information on all aspects of the aluminum value chain through 2016.

Aluminum demand is up 41% since 2009, approaching record levels last seen in the mid-2000s. Growth in the automotive market contributed significantly to the continued demand increases. Aluminum shipments for use in passenger vehicles totaled 5.9 billion pounds in 2016, the second year of record shipments in a row since tracking began in 1967. At the same time, total imports spiked by nearly 33% in 2016 to a record 7.3 billion pounds.

Among the key findings for the North American industry, the report found that in 2016:

“We are pleased to see demand growth continue for a seventh consecutive year as more and more companies look to aluminum as a solution to modern manufacturing challenges,” said Heidi Brock, president and CEO of the Aluminum Association. “However, we take the dramatic increase of imports seriously and are working to address structural overcapacity in the Chinese aluminum sector which is driving much of this increase. We will continue our work to enforce U.S. unfair trade laws as we seek a level playing field.”

The Aluminum Statistical Review provides comprehensive data and information on the aluminum sector to industry stakeholders, financial analysts, government agencies, students, and the general public. It is divided into five major sections: supply, shipments, markets, foreign trade, and world statistics. Its contents include text, tables and charts to provide year-end figures and other historic data on U.S. and Canadian shipments, markets, supply and foreign trade. While the latest edition spotlights 2006-2016, it also provides historical statistics on the aluminum industry.

The full report of the 2016 Aluminum Statistical Review is available in the Aluminum Association bookstore and is free to members of the Association.