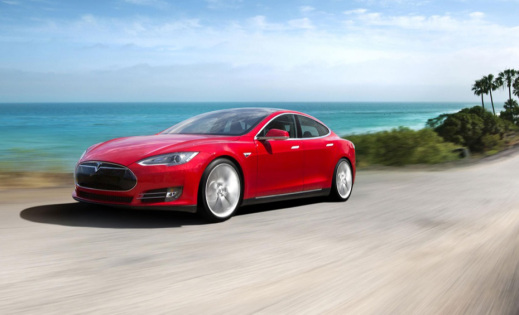 In 2013, two incidents occurred in which Tesla Model S cars struck debris in the road, which resulted in underbody damage that caused car fires. “In both cases, the occupants walked away unharmed, thanks to the car’s safety features,” said Elon Musk, chariman, product architect, and ceo of Tesla in a press release online. “The onboard computer warned the occupants to exit the vehicles, which they did well before any fire was noticeable. However, even if the occupants had remained in the vehicle and the fire department had not arrived, they would still have been safely protected by the steel and ceramic firewall between the battery pack and the passenger compartment.”

While there have been no further car fires in any Model S, since the two incidents in 2013, the company nevertheless began work to bring the risk of fire as close to zero as possible. These efforts have resulted in the introduction of a triple underbody sheild, which were outfitted on all new Model S cars as of March 6, and the company has offered to retrofit the shields, free of charge, on any cars purchased before that date.

Triple Shield of Titanium and Aluminum

Model S sedans already had an quarter inch of ballistic grade aluminum armor plate for the protection of its battery pack. With the addition of the new underbody shields, which would prevent any damage that could cause a fire or penetrate the aluminum battery pack plate, Tesla is confident that fires will be prevents from even extreme crash incidents.

The triple shield is comprised of a rounded, hollow aluminum bar, a titanium plate, and a shallow angle, solid aluminum extrusion.

The first sheild, the aluminum bar, deflects objects entirely or absorb the impact and force it to pike upwards well forward of the battery pack. This might cause an object to pierce the plastic aeroshield or front trunk liner, but would cause no damage that would affect the safety of the car.

Following this, the second shield is the titanium plate, which prevents sensitive front underbody components from being damaged and helps to neutralize the road debris.

“By this point, the vast majority of objects will have been deflected or crushed,” assures Musk. But should any debris remain intact, the third shield installed is the solid aluminum extrusion that further absorbs impact energy, adds another layer of deflection, and causes the Model S to ramp up and over the object, if the object or debris is essentially incompressible and immovable.

Tesla performed 152 vehicle level test on the triple shield, in which the company drove the cars over a variety of road debris, attempting to simulate worst case scenarios. This includes hardened steel structures that were set in the ideal position for a piking event, which is essentially equivalent to driving the car at highway speed into a steel spear braced on the tarmac. The tests revealed that the shields were able to destroy everything that crossed their path, including a solid concrete block and a steel alternator, as shown in the slow motion video below. They were also able to safely capture and eject objects made of ultra-hard steel.

According to a statement from National Highway and Traffic Safety Administration (NHTSA), “Tesla’s revision of vehicle ride height and addition of increased underbody protection should reduce both the frequency of underbody strikes and the resultant fire risk. A defect trend has not been identified. Accordingly, the investigation is closed.”

“As the empirical evidence suggests, the underbody shields are not needed for a high level of safety. However, there is significant value to minimizing owner inconvenience in the event of an impact and addressing any lingering public misperception about electric vehicle safety,” said Musk. “With a track record of zero deaths or serious, permanent injuries since our vehicles went into production six years ago, there is no safer car on the road than a Tesla. The addition of the underbody shields simply takes it a step further.”