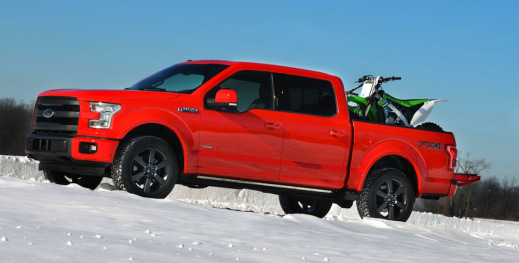 A recent New York Times article, “Steel Industry Feeling Stress as Automakers Turn to Aluminum,” looks at the impact of aluminum’s growth in the automotive on the steel industry.

Carmakers’ shift to aluminum has raised apprehension among steel makers, which have been fighting an increasingly uphill battle simply to maintain their business. Now, they are trying to respond, making lighter, stronger steel in a bid to retain one of their most important customers, the automakers.

“The traditional view has been steel or nothing else,” said Saikat Dey, chief executive of Severstal North America, the United States subsidiary of Russia’s Severstal Group, which now owns the Rouge steel operations. “I think we all need to accept the reality that we live in a mixed-material world.”

The introduction of the aluminum bodied 2015 Ford F-150 is a big turning point, explains the article, though it also acknowledges that there continue to be opportunities for steel, as they work to meet the needs for new high-strength steels that car companies require in addition to aluminum.

But all eyes will be on how well the F-150 is embraced and whether a pickup made out of aluminum will be rugged enough in the eyes of consumers. Ford sold 763,402 F-150 pickup trucks last year; it has not given a 2014 sales projection.

For Severstal, such competition from aluminum would have been hard to imagine, even 10 years ago. The River Rouge campus was the world’s first experiment in automotive integration, and it provided the roots of just-in-time manufacturing, said Robert Casey, the retired curator of transportation at the Henry Ford Museum in Dearborn. […]

“If Ford makes this work,” [Casey] said, “you can see the rest of the industry following.”

An Alliance of Two Metals

Ford released a new video, “Aluminum + Steel = Efficiency + Strength,” which looks at how the company brought together high-strength, military-grade aluminum and high-strength steel to created a lean, tough truck.