Chinese architect, Wutopia Lab, used layers of perforated aluminum panels to transform two old buildings on the edge of Taizhou’s Yonhning River into a strikingly modern looking bookstore. Instead of demolishing the defunct buildings, the studio wrapped the structures in white aluminum façade. This particular shop, called Duoyun Bookstore, is the first of the conglomerate’s stores outside of Shanghai province.

The aluminum façade fluctuates with different levels of translucency to mimic clouds, and help the Duoyun Bookstore blend in with nature. “By controlling the perforation rate, the façade creates a cloud of layers hiding the bookstore,” said Yu Ting, founder and chief architect of Wutopia Lab. “The continuous white aluminum wall is used as an addition to create a serene and pleasant visual subtraction. A cloud rises over the riverside and the readers of the bookstore are in the cloud.” 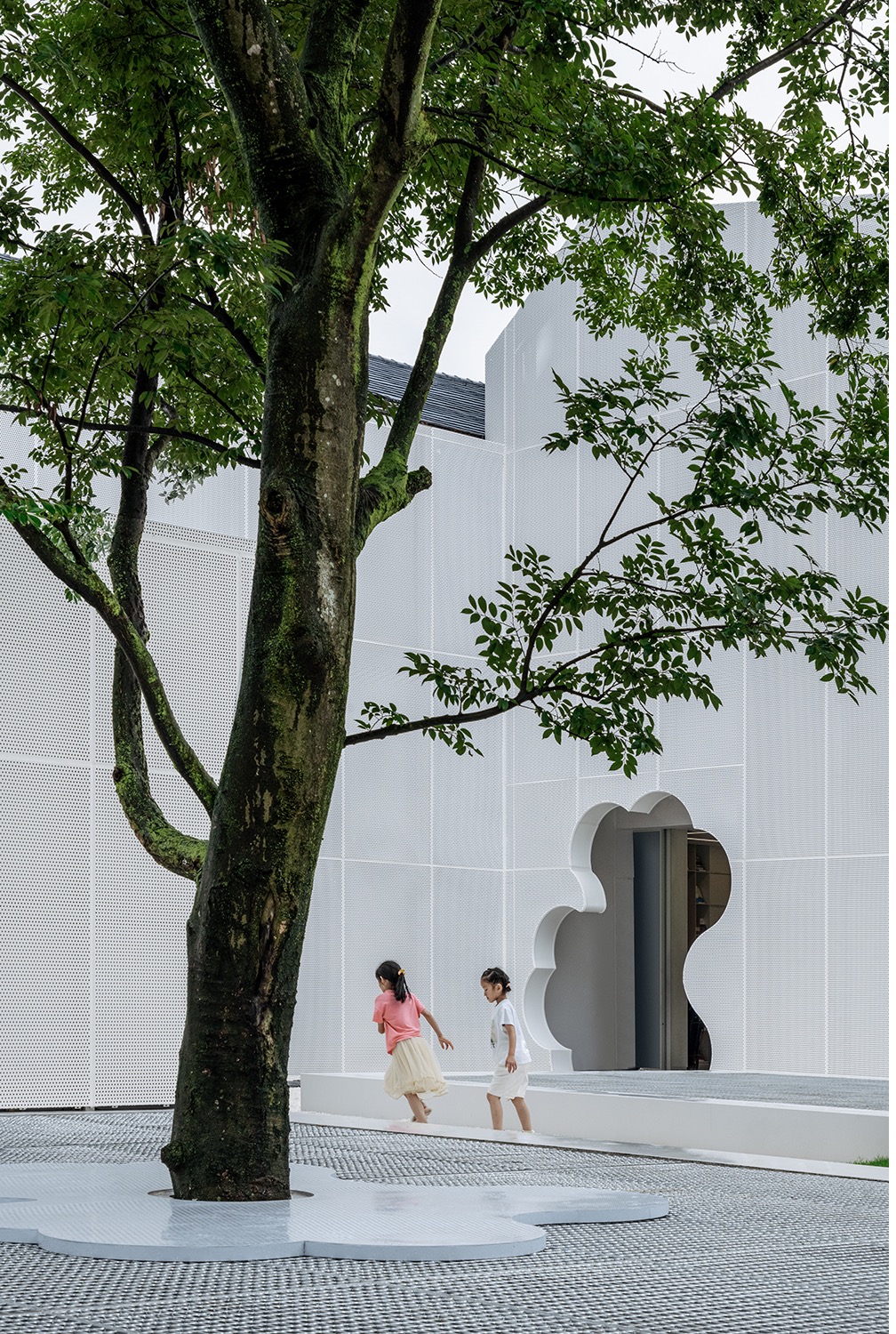 Wutopia Lab needed to work around two other privately owned structures, using the fence between them to separate out a small yard and front entrance for the bookshop. Cloud-shaped cut-outs throughout the façade and central courtyard connect the two buildings into a single complex. 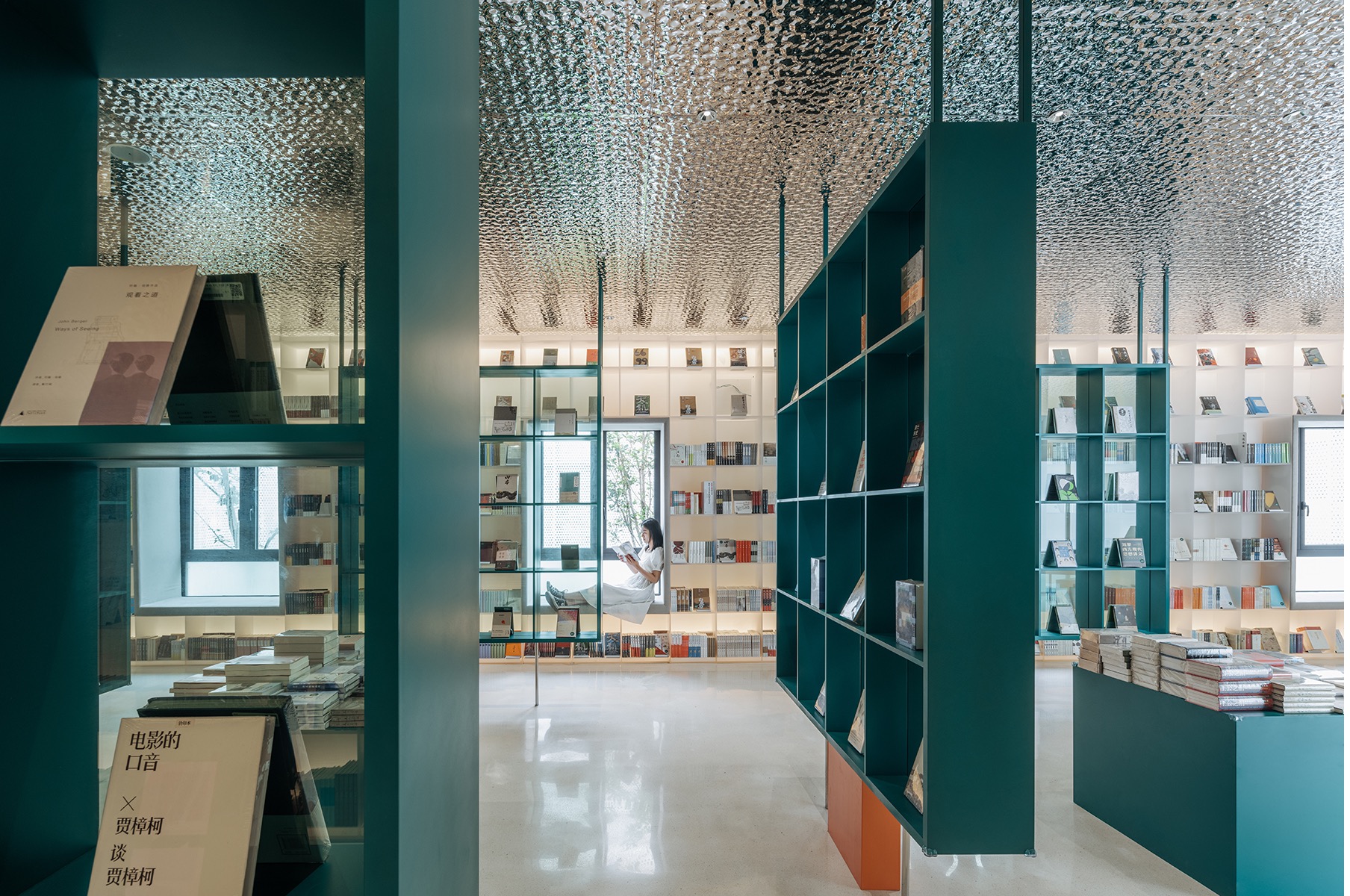 This is not the first time Wutopia labs has used aluminum in recent projects. The architects completed a project named ‘Aluminum Mountain’ in 2020. The aluminum mountain in Canton, China, consists of three buildings, featuring cone-shaped aluminum roofs that meld into each other, imitating a mountain with several peaks. The surface of the aluminum roof façade also fits into the surrounding landscape, reflecting Mt. Luofo and Taiping Mountain that stand tall nearby in Canton, China. 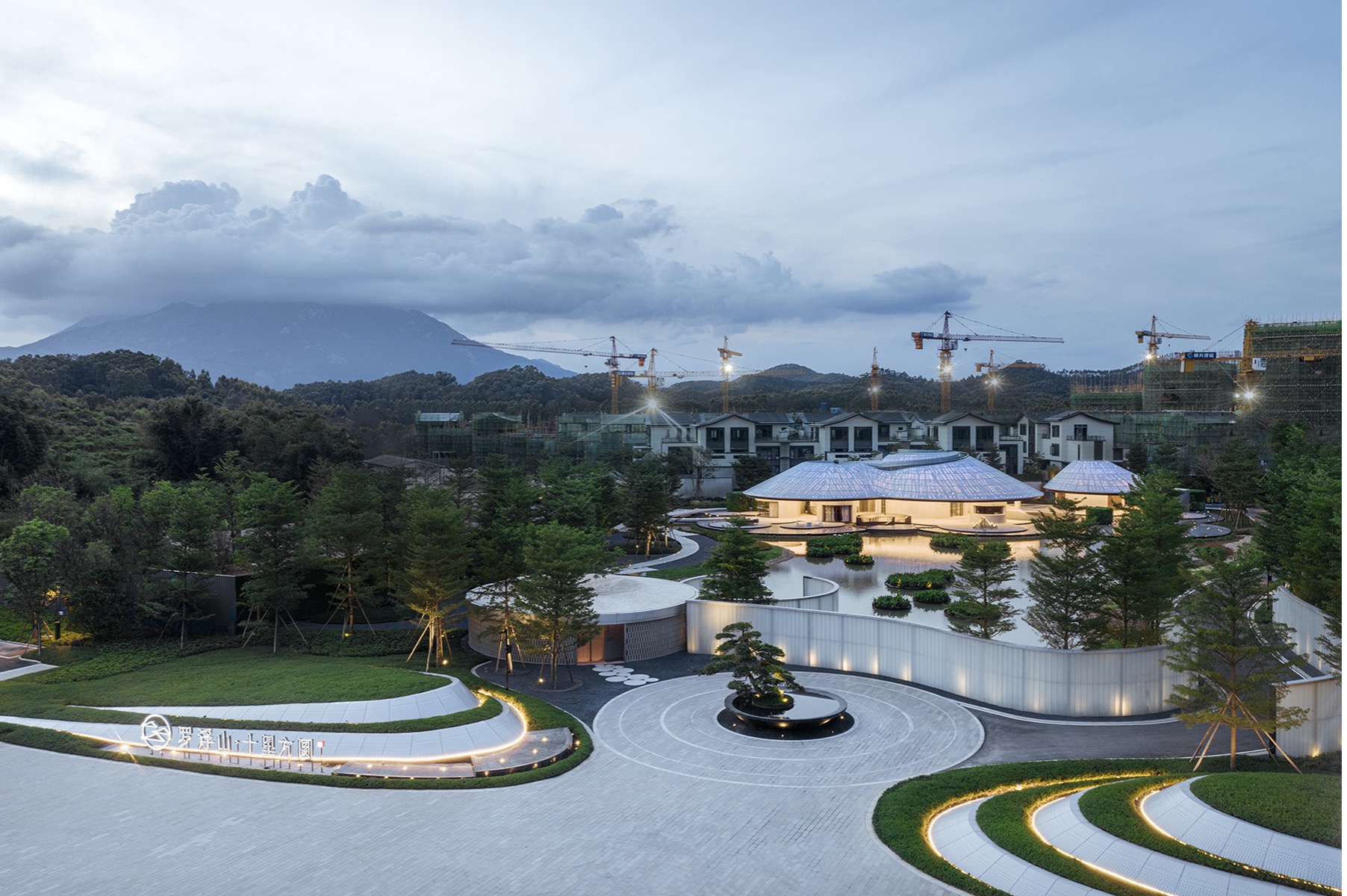 Aluminum Mountain was designed for a traditional Chinese medicine industrial park exhibition center for Ping An Real Estate and Guangzhou Fangyuan Group.  Just like a mountain is typically more dense at the bottom, eventually leading to more sparse conditions at the top, three different perforation rates of aluminum panels were used (with perforation rates of 45, 60 and 70) to accomplish the vision of a mountain’s changing density from bottom to top.

“[The] aluminum board would be an ideal material for the mountain,” said Wutopia Lab. “There should be a moment when the heavy mass and texture of the aluminum material ‘dissolves’, providing a perfect foil for the lightness of the mountain.” 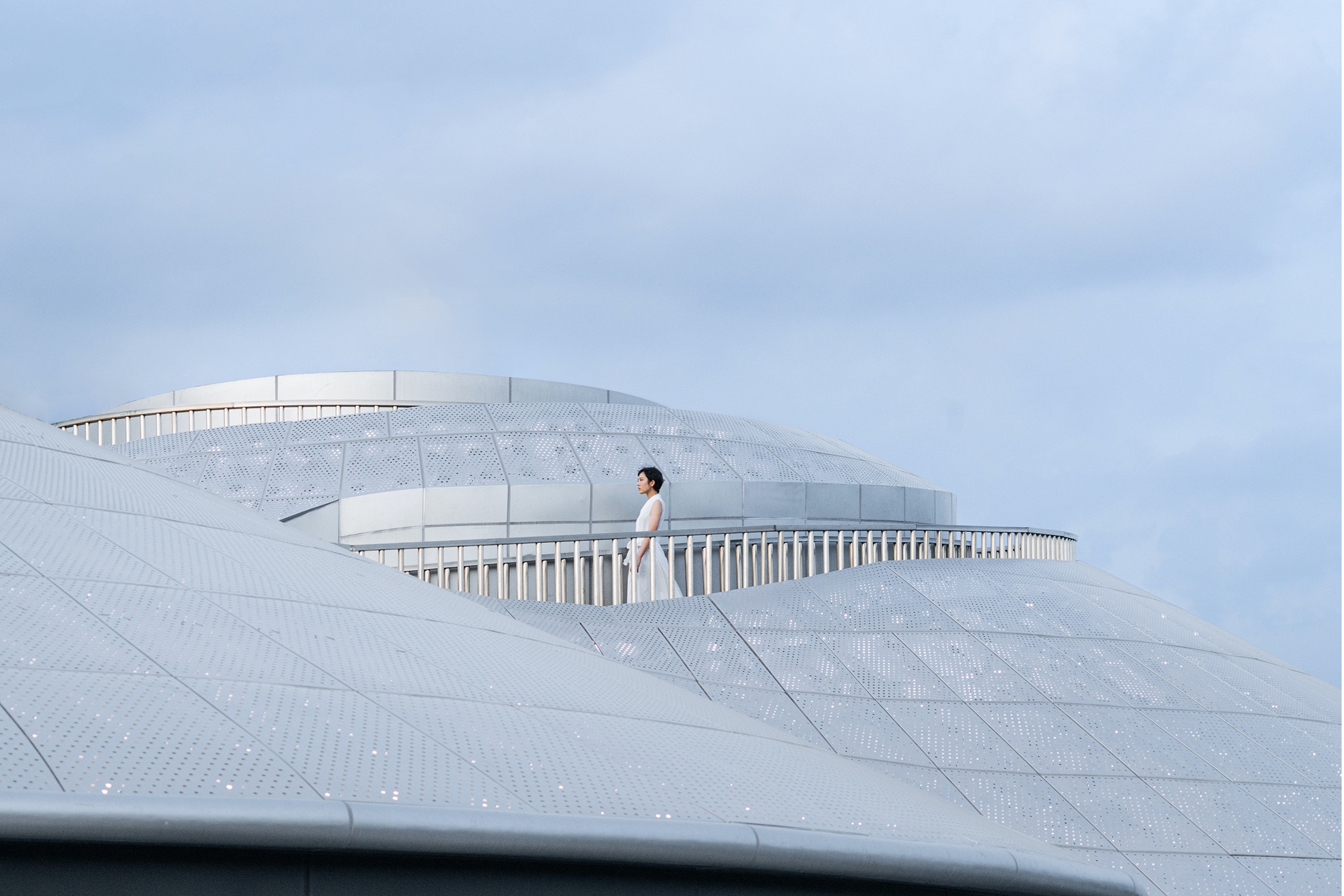