Pro Metal Industries in Saskatchewan, Canada, manufactured 1,000 (11 gauge) aluminum feathers, supplied by ASA Alloys, Divisions of Canadian Specialty Metals, ULC, to support the native families of residential school survivors and remember the children who never made it home. Between 1863 and 1998, more than 150,000 Indigenous children were forcibly taken from their families and placed in residential schools throughout Canada. 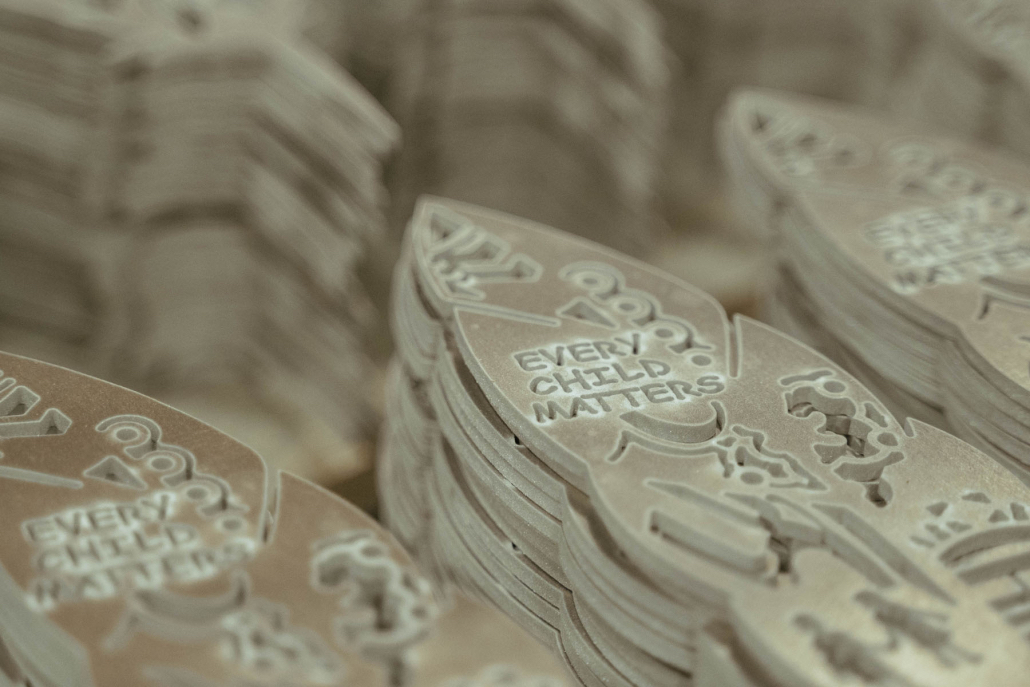 With the recent tragic discoveries of 215 children buried in an unmarked mass grave at Kamloops Indian Residential School, British Columbia, the Pro Metal team felt compelled to do something. They wanted to help with the healing process, leave a legacy for survivors and family members of survivors, and ensure the discovery of the unmarked graves are not forgotten.

Melissa Reynolds, director of First Impressions at Pro Metal Industries explained why aluminum was the material of choice for this meaningful project: “First and foremost was the ease of handling, so the light factor was the biggest factor vs. steel, and at the very beginning we weren’t too sure what kind of coating we were going to use. So that’s another thing, the aluminum posed a better variety in terms of no rust.”

The beautiful black or orange colored aluminum keepsake feathers are meant to last, so people don’t forget what happened to indigenous children at residential schools. The black feathers were anodized by Cadorath in Winnipeg, Manitoba, and the orange feathers were powder coated by Onyx Coatings, located in Regina, Saskatchewan. Both Canadian companies donated their services for the cause.

The color choice for the orange feathers was significant. “The orange comes from the origin story behind Every Child Matters, the girl with the orange dress that was taken away to the residential schools, which also played in with orange shirt day,” said Reynolds. The Orange Shirt Story, a best selling children’s book, tells this true story, which also inspired the movement of Orange Shirt Day. The annual Orange Shirt Day on September 30th opens the door to conversations about the historic Residential Schools.

The date was chosen because it is the time of year in which children were taken from their homes to residential schools, and because it is an opportunity to set the stage for anti-racism and anti-bullying policies for the coming school year. It is an opportunity for First Nations, local governments, schools and communities to come together in the spirit of reconciliation and hope for generations of children to come.

Since the launch on August 1st, the feathers have been purchased by people across North America. The proceeds will be donated towards scholarships for Indigenous students at Saskatchewan post-secondary institutions.

“It was really amazing to see those orders coming in and now even today I’m seeing orders come in from New York and places like Texas which you know we never thought it would cross borders like it has,” said Reynolds. 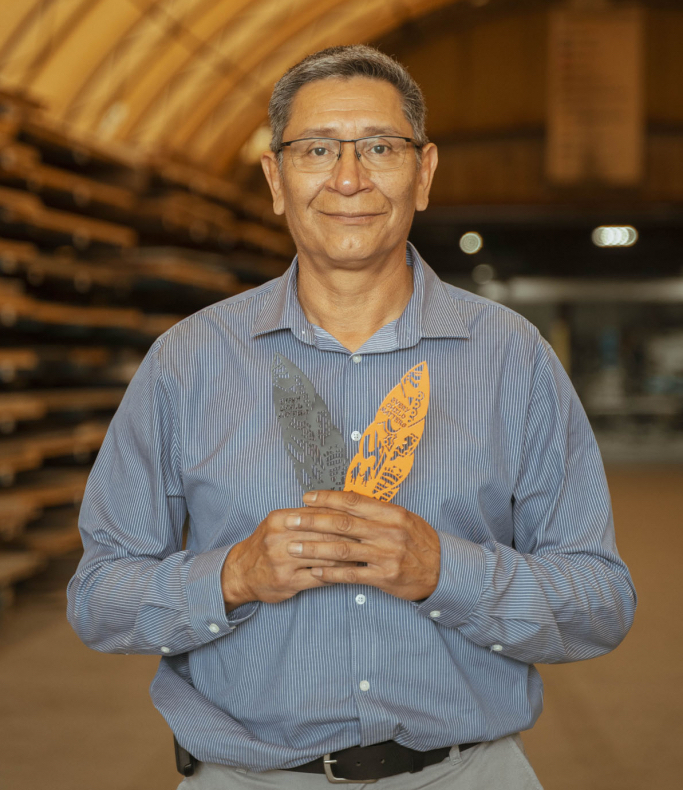 “These feathers, they’re not going to deteriorate. In 30 years time, the significance of Every Child Matters will make people not forget,” said Chief Matthew Peigan, of Pasqua First Nation. “[The feather is] so lightweight that you could carry it with you.”

Pro Metal has also started working on grave markers to be placed at the gravesites.

“They need to be marked,” said Mark Brown, president, Pro Metal Industries. “These children can never be forgotten. We need to have a keepsake or a reminder that there is actually a child buried here from the residential school system.” 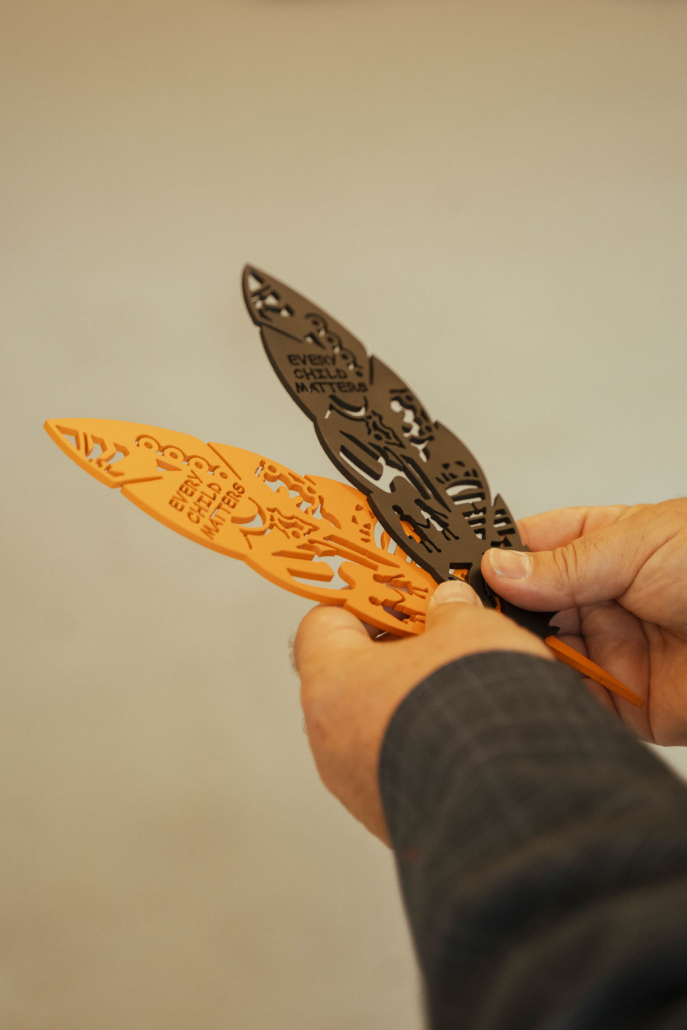 Pro Metal Industries is one of the only First Nations-owned manufacturing enterprises in the country. Owned by Pasqua First Nation, Pro Metal Industries has been operating in Regina, Saskatchewan, Canada, for close to 25 years. The company designs, blanks, forms, welds, prepares, coats, and assembles metal products for virtually every sector, from architectural and agricultural to mining and military. Reynolds estimates that approximately 30% of metal that the company works with is aluminum.

The company is involved in charitable services to the surrounding community. During the COVID-19 pandemic, Pro Metal Industries partnered with BLUE-MED to provide shelters for First Nation Communities, with triage and isolation capability for health facilities to combat the COVID 19 virus.

Click here to order an Every Child Matters aluminum feather.