Uncertainty hangs over the primary aluminum industry in U.S., or what has been left of it. Plummeting aluminum prices and high electricity costs resulted in closure or curtailment of some three-fourths of primary aluminum production in the last five years, leaving less than 1 million tonnes of annual production capacity operating at five smelters in the U.S. (production is expected to below 800,000 tonnes in 2016). Meanwhile, U.S. aluminum consumption is around 5.7 million tonnes per year.

According to CRU, with some price rebound and resolution of power rates, six U.S. smelters could be viable, including: Massena West and Ferndale owned by Alcoa; Hawesville, Sebree, and Mt. Holly owned by Century Aluminum; and New Madrid owned by Noranda (the company is currently seeking a buyer for this site following an electrical supply circuit failure that idled two of its potlines). CRU’s base case currently assumes Massena West, Hawesville, Mt. Holly, and Sebree will be the only U.S. smelters running at the end of 2016. However, there is a chance that the closure of Alcoa’s Ferndale plant could be averted, depending on power tariff negotiations.

Rising production and exports from China have had a decisive role in the fall of aluminum prices during recent years and have had a direct influence on the reduction of U.S. production. One possible way to help U.S. smelters survive would be the implementation of an import tax on primary aluminum and aluminum semi-products, as recommended by the United Steelworkers Union (USAW). Not only would this help keep some smelters in operation, but it may even enable some to reopen. 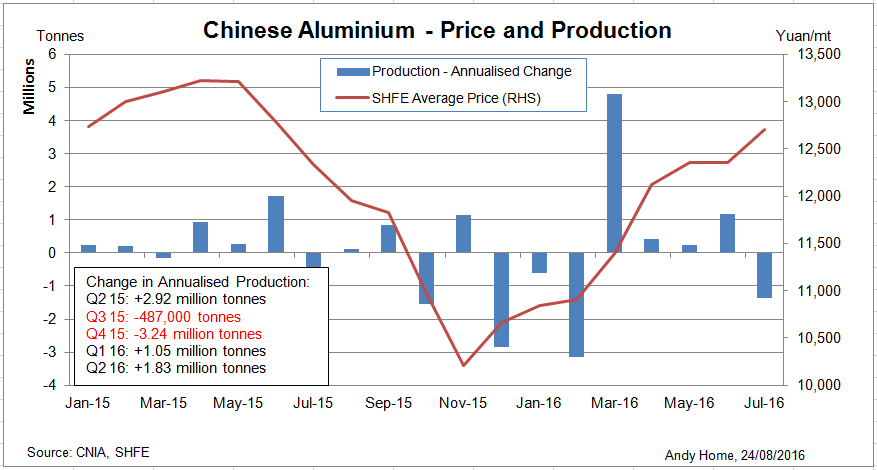 However, limiting aluminum imports to the U.S. would not affect in LME price growth, but it would increase aluminum premiums and, thus, increase the all-in price of aluminum (LME price plus premiums). If an import tax is enacted on imported primary aluminum, then the all-in price of primary aluminum produced in the U.S. will increase. Without competition on the global free market, domestic aluminum in the U.S. will see increased demand and will likewise become more expensive as primary aluminum operations look to increase their profit margins. As a result, this would increase costs and lower profit for the downstream aluminum processing industry, including aluminum extrusion and rolling operations, which would also be passed on to final consumers (automotive, aerospace, building and construction, and other industriers dependent on aluminum semis).

Furthermore, if a tax is implemented on all imported aluminum — not just that coming from China — the tax would also hurt Canadian smelters exporting to the U.S.

Another solution to support the survival of U.S. smelters are power subsidies by local communities and states — which are currently being implemented in some areas in order to maintain local employment (however, lower, subsidized electricity prices for aluminum smelters generally result in higher prices for other industry sectors and consumers). For U.S. smelters to be competitive in the medium-term, the CRU recently estimated that a power rate of US$30-35/MWh on a sustainable basis is required. Thus current power rates above US$50/MWh for the Kentucky and Missouri smelters would be unsustainable.

Alcoa’s Warrick smelter in Indiana, at 270,000 tpy, is supplied by relatively cheap power from the nearby 790 MW Warrick coal-fired power plant. Although Alcoa did not disclose Warrick’s current power costs, a 2011 survey pegged them at US$31.81/MWh, far less than US average.

In 2012, Alcoa signed a ten-year electric power supply deal with the Bonneville Power Administration (BPA) to supply its Intalco Works in Washington, a federal agency created by Congress in 1937 to market electricity from the Bonneville Dam on the Columbia River. The contract stated that BPA would supply 300 MW to Intalco smelter through to September 2022 at a rate of US$36.32/MWh. However, Alcoa attempted to cancel the contract in November 2015 over concerns about the viability of the Intalco plant. Since then, Alcoa and BPA have renegotiated terms, keeping the ten-year contract in place while allowing Intalco to reduce its energy purchases to 75 MW per hour instead of 300.

In November 2015, Alcoa announced it would keep its Massena West smelter in New York open for at least three and a half years, after the New York State gave almost US$70 million in subsidies for cheaper electricity and operating expenses. In return, Alcoa has to guarantee at least 600 jobs to avoid a US$40 million penalty. Electricity subsidies will decrease with rising aluminum prices.

Century Aluminum Company reported that it has renegotiated a power deal in July that will keep its Mt. Holly smelter operating, saving for now the 300 jobs that were at risk of being lost. A market-based agreement was reached with a third-party supplier to provide approximately 75% of the power requirements for the Mt. Holly plant, with the remaining 25% of the power requirement to continue to be supplied by Santee Cooper as part of a contract that runs through 2018. Michael Bless, Century’s president and CEO, claimed in previous statements that the Mt. Holly plant had the highest electric cost of any U.S. smelter, which was hurting business. This new market-based agreement will allow the plant to continue to operate at 50% capacity, producing 235,000 tpy, while it seeks a competitive long-term arrangement.

“Perhaps when our nuclear plants come online, as you know they’re two years behind in their scheduled opening, once these new plants come online we should be able to have the right power supply for Century Aluminum for the long-term operation,” said Bless. He also said that full access to market power would enable Century Aluminum to run Mt. Holly at its maximum capacity, rehire 300 employees, and restore “the US$500 million in economic impact that has been unnecessarily lost.”

According to Michael Baxley, Santee Cooper’s general counsel, subsidies on electricity costs between 2012 and 2015 have saved Mt. Holly smelter US$120 million, and the smelter pays the lowest rate of any of its industrial customers.

With recent aluminum prices at their lowest since recession in 2009, Century Aluminum has saved millions of dollars on its 2014 US$67.5 million acquisition of Mt. Holly from Alcoa, the smelter’s former majority owner (with 50.3% share).

China will not change its export policy in the near future and even worse — its export of semi-finished products is expected to grow to over 8 million tpy in 2020, according to CRU, compared to 4.2 million tonnes in 2015. China’s smelters, besides those with their own power plants, are substantially subsidized for electricity costs from the government. 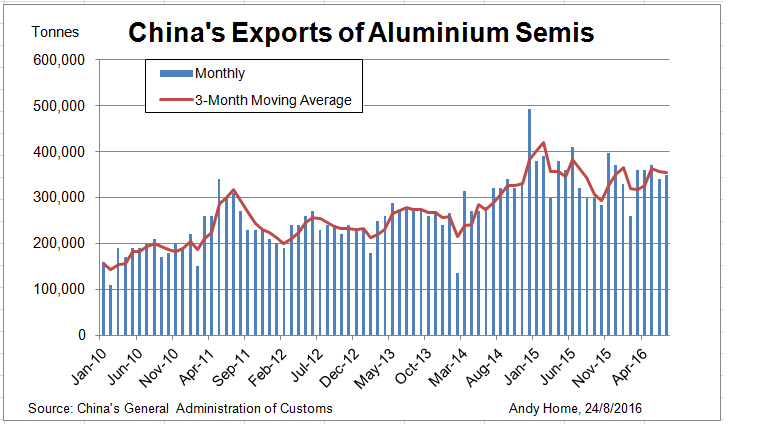 The only way for U.S. smelters to survive in near future, without putting downstream industries at risk, is to provide subsidies on electricity costs. 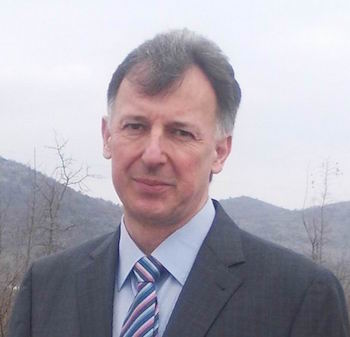 Goran Djukanovic is an aluminum market analyst & industry consultant based in Podgorica, Montenegro. He has published papers in a number of publications and presents at industry events around the world.