Earlier this week, President Trump announced plans to impose tariffs on U.S. imports of aluminum (10%) to be applied across the board to all countries for an unspecified period of time. This is in response to reports regarding the 232 Investigation that were recently released by the U.C. Department of Commerce, which looked into the impact on U.S. national security from imports of wrought and unwrought aluminum (as well as steel). The announcement of proposed tariffs has unleashed an onslaught of responses from representatives from different sectors of the aluminum industry, as well as OEMs, associations, and government.

Century Aluminum Company applauded the decision, noting that the imposition of tariffs on aluminum would enable the company to begin a restart of its idled Hawesville, KY, smelter, which is the sole producer of high purity aluminum in the U.S. (necessary for defense and military applications). “President Trump’s commitment is critical for the U.S. aluminum industry,” said Michael Bless, president and CEO of Century. “We at Century have long held the belief that the U.S. primary aluminum industry can be competitive and can win as long as a level playing field exists. The fact that we finally have such a strong supporter of U.S. manufacturing and U.S. industrial workers in the White House is gratifying.”

However, both the Aluminum Association and the Aluminum Extruders Council (AEC) have presented concerns regarding the impact such tariffs could have on the downstream aluminum industry and urged the President to focus on overcapacity in China as the biggest threat to U.S. aluminum.

Heidi Brock, president and CEO of the Aluminum Association, issued a letter to the President noting these considerations:

On behalf of the Aluminum Association’s 114 member companies and the 713,000 U.S. jobs our industry supports, we are grateful for the attention that you and your administration have dedicated to our industry. However, we are deeply concerned about the effects of a global tariff on aluminum production and jobs in the United States. We would appreciate an opportunity to work with your administration on a targeted remedy that focuses on China and exempts vital trading partners including Canada, the European Union and other countries that operate as market economies.”

The AEC noted that a global tariff on aluminum products will have the opposite effect than intended, as China does not export primary aluminum to the U.S. but instead targets downstream aluminum markets. A global tariff as proposed by the President would not stop those imports. “Yes, we may see a crisis in the U.S. aluminum industry, and yes it threatens our national security,” said Jeff Henderson, AEC president. “However, the threat is coming from China, and we must take this moment to do the right thing and confront them in the loudest possible way.”

Harbor Intelligence released an analysis related to the tariff announcement that states, “U.S. primary aluminum production will increase by at least 690,000 tonnes, but the expected rise in all-in prices is projected to destroy at least 600,000 tonnes of U.S. primary aluminum demand due to an expected increase in scrap availability (638,000 tonnes) and a net decline of 50,000 tonnes of U.S. aluminum downstream production (on lower demand from the U.S. manufacturing sector).”

The Harbor report also notes, “U.S. primary aluminum smelting direct jobs will increase by around 1,900 positions, but the duty is expected to destroy at least 23,000 and as many as 90,000 direct jobs in the U.S. manufacturing sector.”

Additional groups expressing worry over the proposed tariffs include: automotive companies, the Beer Institute, and the Fabricators & Manufacturers Association, International (FMA), among others.

Among the international organizations that have responded are the Aluminium Association of Canada (AAC) and European Aluminium.

“If the United States hits its strategic allies such as Canada with measures, they are missing the appropriate target and they expose their economy to serious adverse effects that are greater than the expected gains,” said Jean Simard, president and CEO of the Aluminium Association of Canada (AAC). “The imposition of an undifferentiated tariff on the historic allies of the U.S., Canada and Europe, is a real invitation to a significant commercial trade conflict that will serve no one. We can expect retaliatory measures elsewhere in the world that will destabilize market equilibrium.”

Canada is the largest supplier of primary aluminum to the U.S., and is a major importer of American-made downstream aluminum products (including extrusions and sheet). According to a February 16 report of the U.S. Department of Commerce, Canada exported 2,759,687 tonnes of aluminum for a total value of around US$5.6 billion.

European Aluminium believes that imposition of tariffs could destabilize global trade flows, disrupting the current trading relationship between the U.S. and Europe. With the expectation that tariffs could put undue strain on European aluminum businesses that are already under enormous pressure due to global overcapacity, the organization called for decisive action to be taken by the European Commission to implement actions to protect the industrial interests in Europe.

“We regret President Trump’s decision to impose a tariff on all aluminium imports independent of their country of origin,” stated Gerd Götz, director general of European Aluminium. “European aluminium exports to the U.S., in view of both their quantity and characteristics, do not pose any threat to U.S. national security. Most importantly, this blanket tariff does not address the root cause of the main challenges faced by the aluminium industry today: the unsustainable and steady increase of aluminium overcapacities in China. This global challenge can only be managed effectively through a global and long-term solution based on multilateral rules and common enforcement such as the creation of a Global Aluminium Forum within G20.”

The U.S. Department of Defense (DoD) issued a memo to the Department of Commerce on the impact broad tariffs could have on U.S. ties with international allies: “DoD continues to be concerned about the negative impact on our key allies regarding the recommended options within the reports. However, DoD recognizes that among [the 232] reports’ alternatives, targeted tariffs are more preferable than a global quota or global tariff. In addition, we recommend an interagency group further refine the targeted tariffs, so as to create incentives for trade partners to work with the U.S. on addressing the underlying issue of Chinese transshipment.”

Final decisions and planned implementation of the tariffs will be presented later this week. 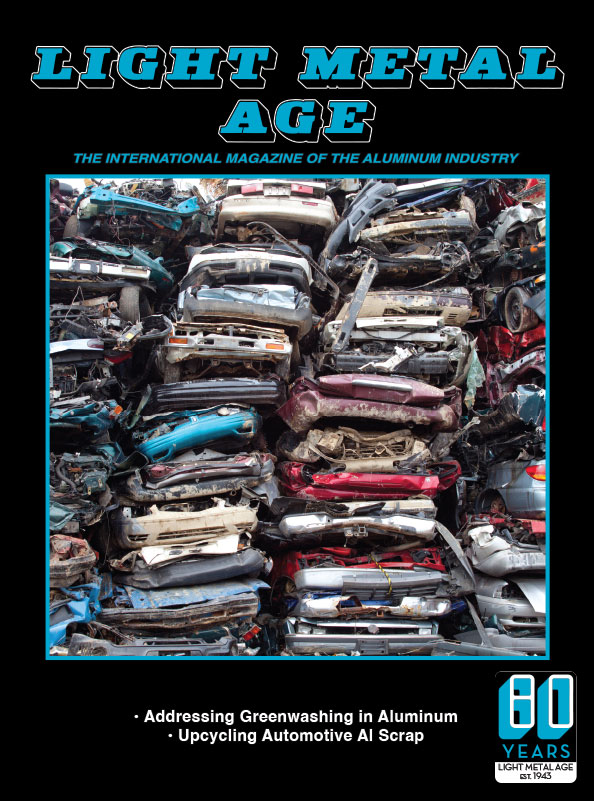