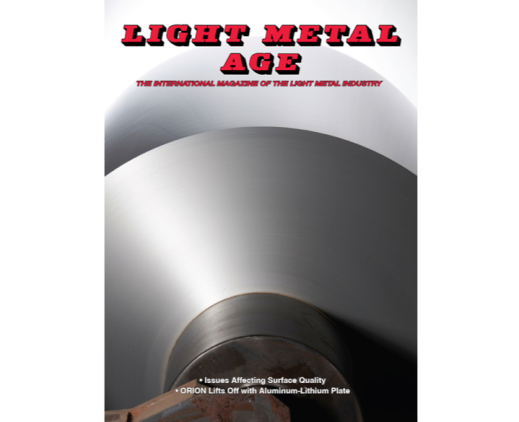 The December 2014 issue of Light Metal Age is now available. The digital edition has been released to subscribers and the print edition will be shipped next week.

The cover features as-rolled aluminum foil produced by Hydro’s Grevenbroich rolling mill in Germany. The foil is only 15 μm thick but completely free from grease. Previously material could only be cleaned of residual rolling oil by undergoing heat treatment. Hydro announced earlier this year a sophisticated bath process whereby foil can be chemically degreased yet still retain the original degree of hardness.

Editorial departments include a Personality Profile on Charles K. Gillespie, who marks 50 years at Gillespie & Powers and a Book Review on the Aluminum Statistical Review for 2013, published by the Aluminum Association, as well as two Spotlight articles: “Heat Treating Furnaces for Flat Rolled Aluminum,” by Gerald Eckertsbertger, Ebner Industrieofenbau Gmbh and B.J. Austin, Ebner Furnaces, Inc. and “Secondary Containment for Aluminum Rolling Mills” about a system for secondary oil containment developed by Albarrie.

If you would like to receive a copy of the December issue, as well as future issues of Light Metal Age, subscribe online today!