On September 29, 2016, the day after the Aluminum Association and Aluminum Extruders Council (AEC) Management Conference finished their Aluminum Week program in Washington, D.C., the U.S. International Trade Commission (USITC) held a hearing (Investigation No. 332-557) — Aluminum: Competitive Conditions Affecting the U.S. Industry. The hearing addressed the harmful effects of Chinese aluminum overcapacity and pricing on the U.S. aluminum industry. The investigation covered primary, secondary, and wrought aluminum products. The issues addressed were somewhat similar to those successfully prosecuted earlier by the Aluminum Extrusions Fair Trade Committee (AEFTC) organized by the Aluminum Extruders Council (AEC), which resulted in substantial antidumping duties and countervailing duties imposed by the U.S. on various types of Chinese aluminum extrusions.

This public hearing was held in the spacious USITC main hearing room, which was filled to capacity most of the day. Presiding over the hearing were four USITC commissioners headed by Irving A. Williamson, chairman. Starting at 9:30 a.m., the hearing continued throughout the day and ran late, not breaking up until about 7:30 p.m. The structure of the 332-557 hearing in the morning was based on testimony from U.S. domestic producers (Scepter, Alcoa, Brazeway, Century Aluminum, Hydro Aluminum Metals USA, Novelis, Jupiter Aluminum, and Constellium Rolled Products Ravenswood) and later in the afternoon on testimony from representatives of the AEC Fair Trade Committee and the United Steel Workers (USW) labor union impacted by aluminum smelter closings. Heidi Brock, president and ceo of The Aluminum Association neatly summarized the case for U.S. domestic producers of primary aluminum with consulting assistance from Harbor Aluminum Intelligence and CM Group.

Basically, the testimony was a tale of two aluminum industries — a healthy North American downstream sector, fueled in large part by strong auto demand and maintained by vigilantly addressing fair trade concerns, and a weak upstream sector, mostly due to excessive oversupply and dumping by Chinese smelters. Data presented by Heidi Brock showed that U.S. jobs in the upstream sector such as aluminum refining and aluminum smelting contracted from more than 12,000 jobs in 2013 to about 5,000 today. Only five smelters are currently operational in the U.S. (only two are fully operational in terms of capacity utilization), down from 14 a decade ago. By comparison, China has 180 smelters and is planning to build more. As of 2015, China’s share of world aluminum production was 55%, and China exports its overcapacity.

Three USW union presidents gave testimony at the hearing to the terrible effects of job losses in the U.S. aluminum upstream industry on the union membership and their own families. The impact of this investigation on leveling the playing field for not only American business but American jobs will factor greatly in the substance of the investigative commission report to the Department of Commerce.

Later in the afternoon, more testimony came from foreign aluminum producers (UC Rusal, Aluminum Association of Canada, and European Aluminium) that targeted not only the excess Chinese capacity and its negative impact on the aluminum business outside the U.S. but also on the carbon footprint of primary aluminum production in China. Since the majority of electricity to China’s aluminum smelters is provided by coal burning electric plants, its overall carbon footprint represents some 68% of global primary aluminum industry CO2 emissions.

Like a judicial proceeding, the ITC Commission posed many questions to those testifying. The give and take indicated the complexity of the basic premise of the U.S. producers’ position, examining: To what extent is the demise of the U.S. smelters caused by the economic recession, aging infrastructure, and investment choices of management? And what are the comparative productive, ecological, and economic parameters of smelters in foreign countries compared with Chinese smelters?

This hearing is but the beginning of a process that will take several months to complete and will be subject to reviews in case of changed circumstances, the latter posed by CNIA relative to Chinese government steps to curtail production and future dialogue and cooperation among aggrieved parties. 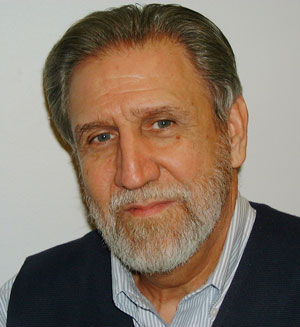 Joseph C. Benedyk (Dr. Joe) is a research professor at the Illinois Institute of Technology (IIT) working to establish cooperative industry/ university research programs in the fields of heat treatment, casting, and extrusion of aluminum and aluminum alloys. In 2013, the Aluminum Extruders Council honored Dr. Joe with a plaque in recognition of his volunteer spirit, dedication to the aluminum extrusion industry, and his willingness to selflessly share his knowledge with others. His current work at the IIT thermal processing center involves employing multiple steps in the age hardening process of age hardenable aluminum alloys in order to significantly reduce the overall aging times required to achieve target properties for a given temper. He has contributed over 132 articles to Light Metal Age and serves as editor covering applications and technology of light metals.